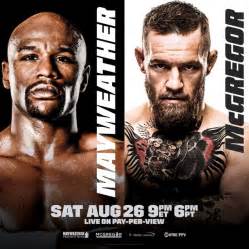 The talk of the sport’s world for the last six weeks have been centered around the combat sport super fight to be contested in the confines of boxing’s squared circle. Later tonight, UFC Champion Conor McGregor will make his professional boxing debut against a fighter many consider the best to ever strap on the boxing gloves, […]