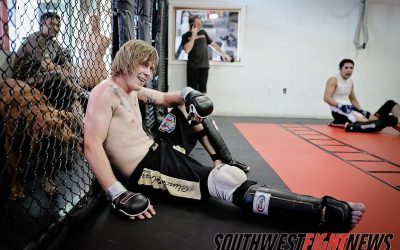 It has been nearly three-months since Kevin Croom last fought and that will be the longest lay-off for the Albuquerque trained fighter since his monumental rise up the ranks following an eight fight win streak. 2013’s “Fighter of the Year” for SWFight returns to action tonight at Titan FC looking for his ninth consecutive victory. […]