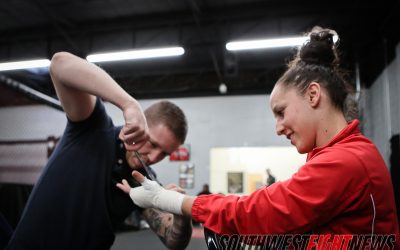 When a gym plays host to dozens of elite level fighters it often finds several of their fighters fighting around the same time. As the budding Woman’s division flourishes, so does the culture in Albuquerque where so many of those female athletes train. The Jackson-Winklejohn camp is home to several prominent and notable women combat […]