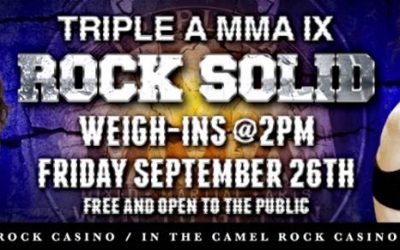 Triple A MMA IX: Rock Solid Weigh-Ins will take place this afternoon at 2pm inside the Camel Rock Casino Showroom located at 17486 US 84-285, Santa Fe, NM 87506 and will be overseen and sanctioned by the Pojoaque Athletic Commission. Despite several last minute changes the card is still expected to host a health dose of […] 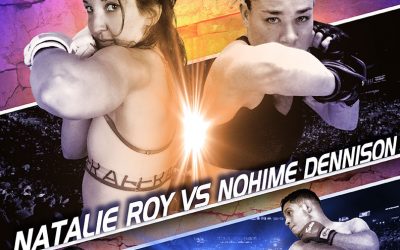 A female main event will headline the September 27th Triple A MMA IX: Rock Solid Camel Rock Casino card when Santa Fe’s Natalie Roy (2-0) faces Albuquerque’s Nohime Dennisson (1-1). The two were originally scheduled to square-off in June’s Triple A MMA VII: Rock-Stars event but after a TKO boxing loss in May, the New […] 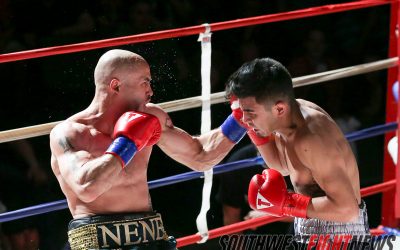 Torres Experience Shows as he Tolerates Tough Test from Sanchez For the third consecutive time Chavez Promotions has delivered on another stellar event at the Wool Warehouse. On Friday night, a four-fight card lived up to the expectation and the hype as Warehouse Rumble 3 entertained the crowd from beginning to end. In the main […] 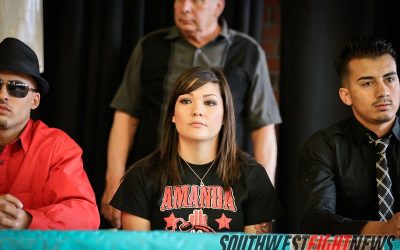 Tomorrow night Amanda Crespin will enter the ring with a heavy heart. It will be the first time that she will be fighting since the passing of her grandfather Arturo Ramon Crespin. “’¡Tira Jodasos ‘Manda!’, he used to tell me,” says Crespin (7-4-1) of her grandfather. Mr. Crespin was a longtime supporter Amanda and her older […] 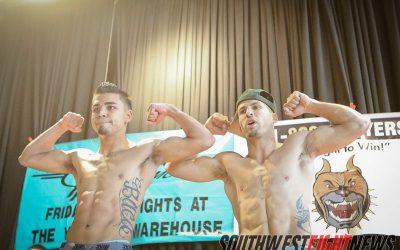 Earlier today at the Wool Warehouse in Albuquerque, New Mexico, Chavez Promotions held their weigh-ins for tomorrow night’s Warehouse Rumble 3 card. There are a limited amount of tickets available to this highly anticipated event which most likely will sell out. The first two Warehouse Rumble bills put together great action and the matchmaking in Friday night’s event is […] 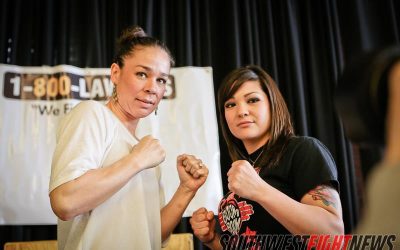 Nohime Dennisson and Amanda Crespin are familiar foes. The women coincidentally were each others first and third career opponents and they each respectively fought Albuquerque’s Jessica Sanchez in their second career bouts. Dennisson, who fights out of Jackson’s-Winkeljohn’s MMA, says she does not expect to see a different Amanda Crespin than the one she saw […] 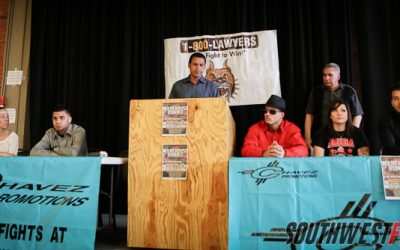