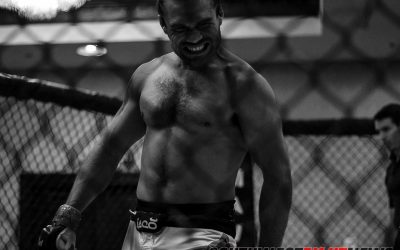 King of the Cage “Future Legends 23” delivered a night full of exciting mixed martial action and the fans in attendance inside the Crowne Plaza Hotel were treated to back-and-forth battles, slick submissions, and emphatic knockouts. A fight fan couldn’t really ask for much more as the fight conclusions ranged from split decisions to unanimous […] 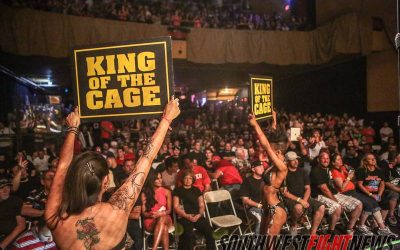 Tonight is the night, King of the Cage “Future Legends 23” will be live inside the Crowne Plaza Hotel in Albuquerque, New Mexico. More than a dozen fights are scheduled to be held inside the cage and over a dozen gyms are to be featured in tonight’s action. The May 24th event will mark the […] 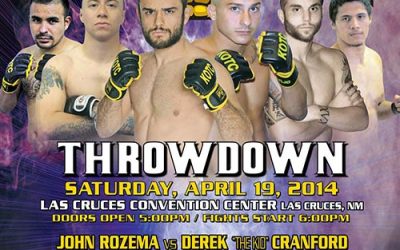 The King of the Cage promotion delivered yet another exciting fight car for the fight fan’s enjoyment. This time, the popular MMA promotion took their show to the deep South of New Mexico as they invaded the Las Cruces Convention Center for their “Throwdown” event. The event had a solid turnout from the Las Cruces fight […] 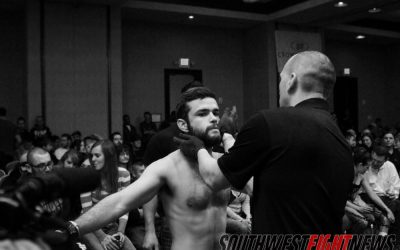 The King of the Cage 135-pound Amateur Title was supposed to be on the line this Saturday night, April 19th, in Las Cruces as part of a solid “Throwdown” fight card. Due to unfortunate circumstances, Champion Robert Herrera was forced out of his highly anticipated re-match with the opponent who handed him his lone career defeat […] 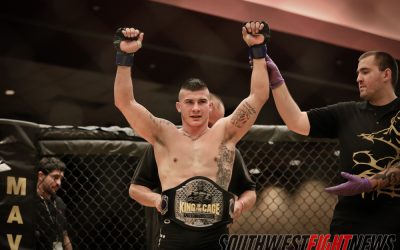 KING OF THE CAGE “DRIVEN” DELIVERS THE ACTION INSIDE THE UTE MOUNTAIN CASINO The weekend of December 7th was full of MMA action in New Mexico and Southwest Fight News had a full schedule in handling coverage. While Jorge Hernandez was in New York to cover the Boxing mega-card featuring Zab Judah and Paul Malinaggi, […]