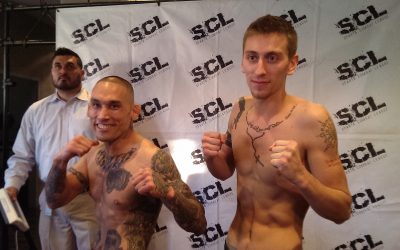 Sparta Combat League Army vs. Marines April 3rd at the Santa Ana Star Center Today the weigh-ins to Sparta Combat League’s Army vs Marines New Mexico took place at Vincent’s Men’s Salon and Lounge in Albuquerque’s westside. The fighters, all representing a branch of the military or fighting in honor of a friend or family […]