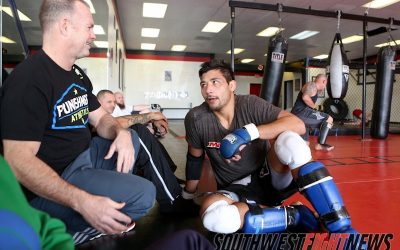 Recently we visited the Mean1MMA gym in Rio Rancho, New Mexico to catch up with Lionel Lanham following his promotion debut victory with Bellator in Salt Lake City, Utah. Lanham defeated Joe Rodriguez in just 49 seconds making it the fifth time in as many victories that he stops his opponent within the first minute […] 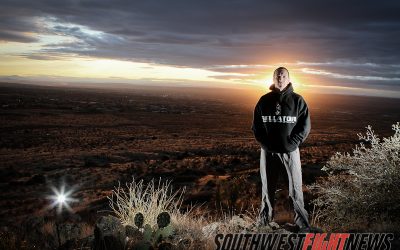 Travis Marx (19-4-1) says he will be making his return to the cage in his native state at Bellator 90. The Roosevelt, Utah native will face Chase Beebe (24-8-1) Thursday February 21st at the Maverik Center in West Valley City. “I have a huge network in Utah,” says Marx whose parents and three of his brothers […]