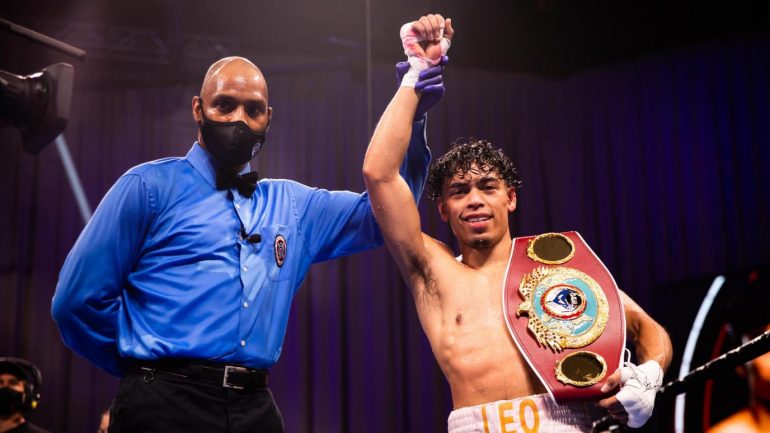 Despite a pandemic, 2020 was a historic year for Albuquerque, New Mexico’s Angelo Leo who become just the sixth fighter in state history to win a major world boxing title. This made it an easy decision to recognize him for the second consecutive year as SWFight.com’s New Mexico Boxer of the Year.

After losing the first two rounds in his bout against Williams (19-1, 6KOs), Leo launched a body attack that would help him secure 10 consecutive rounds. After the 12-round battle the scorecards would read 117-111, and 118-110 on two of the other judges’ cards.

What’s next for Angelo Leo?

Leo now sets his eyes to January 23 where he will take on undefeated Stephen Fulton Jr.. The two were originally set to face off on that Aug. 1, 2020 card but after testing positive for COVID-19, Fulton Jr. (18-0, 8KOs) was forced out of the championship bought and was replaced by Williams.

Leo joins Jennifer Han as the only two boxers in the last nine years since we’ve started the award to take our top honors.

Leo’s fight against Fulton Jr. will air live on Showtime.

SWFight.com Boxer of the Year: