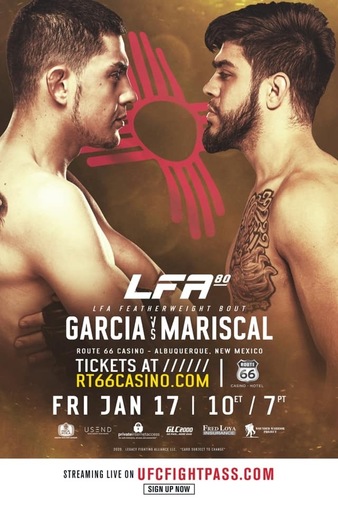 Tomorrow night, LFA 80 will be live inside the Route 66 Casino and Resort and broadcast around the world on UFC Fight Pass. The main event features Albuquerque’s Steve Garcia Jr. and the co-main even will feature Santa Fe’s Jerome Rivera. While those two fights may be enough to interest you in attending the show, the rest of the fight card looks like it will be stacked from beginning to end.

Teammate of Co-Main event fighter Jerome Rivera, Santa Fe trained and Silver City born, Josiah Reyes (1-0) will look to continue his momentum that started back in his amateur bouts and culminated in an impressive professional debut. In September of 2019, Reyes decisively won a unanimous decision in his first pro outing.

Reyes will take on a very experienced flyweight in Ricky Esquibel. On paper, Esquibel will carry an experience edge and the two similar framed fighters like to strike and may be one of the early fights to keep an eye on for a potential “fight of the night” type of bout.

Two main card fights could bring the “of the night” in a number of ways whether it means the night’s best submission, knockout, or fight. Middleweight banger Gabriel Checco will take on the undefeated standout Jordan Wright. This fight will feature second heaviest weight class on the card and will highlight heavy hands and submission chops.

I wouldn’t advise a bathroom break during the Edwin Cooper Jr. and Sean William Cerveny fight as both undefeated fighters have a lot on the line tomorrow night as one will leave Route 66 Casino as one of 2020’s first prospects to make waves. Cooper Jr. has fought three times and all three opponents have been stopped with strikes. Cerveny couldn’t be more of an opposite as he has won with a series of ankle locks and heel hooks. Leg locks are often rare in MMA and the Texas-trained fighter seems to be a tricky grappler on the mats.

The card includes fighters from many local gyms including Luttrell/Yee, FIT NHB, and JacksonWink MMA. Exciting fighters like Chris Brown, Caleb Ramirez, and Chris Rojas will all be in action.

Check out the scheduled line-up below for a listing of the card scheduled for tomorrow night. ***Card is always subject to change*** 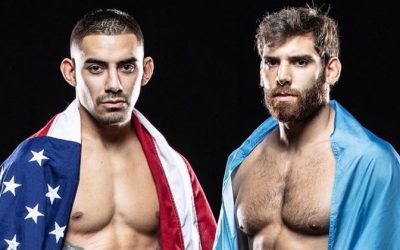