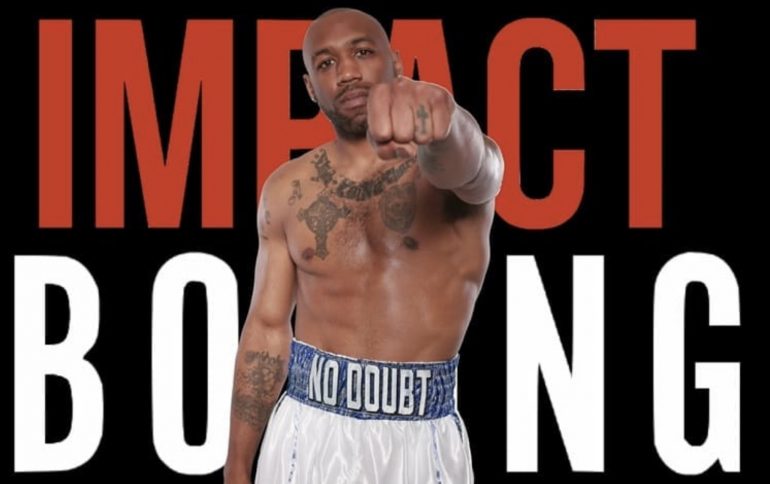 For the first time since 2009, former WBA Super Welterweight Champion, Austin Trout will fight in his home state of New Mexico when he takes on Rosbel Montoya at the Inn of the Mountain Gods Resort and Casino in Ruidoso on Saturday night.

This will be Trout’s first fight without Premier Boxing Champions mastermind, and world renown advisor, Al Haymon being involved since 2011.

“I still have a relationship with (Al) but we don’t have any contractual obligations with him,” Trout makes it clear that the two ended on good terms. “But I did ask for his blessing.”

The Las Cruces, New Mexico resident says he became impatient and frustrated with the large gaps between fights and the lack of tune-up fights between tough competition.

In his first fight since leaving the PBC stable, Trout will play headliner on the inaugural Feb. 1 boxing card on The Impact Network.

“I feel good, I feel strong, and I don’t feel old,” says the 34-year-old Trout of what he sees as a new start. “It was God’s blessings; those layoffs have preserved me!”

Trout has faced a murderers’ row of opponents in recent years but in Montoya (17-9-1, 13KO), he faces a fighter who has only been victorious once in his last eight years of activity and last fought at 126 ½-pounds.

“You can’t question my fucking résumé,” says Trout who in his last five world titles fights the opposition has sported an alomst in fathomable record of 132-1-3.

“I deserve a bum or two,” he jokingly says.

The former world champion told SWFight.com that he has entered a 6-month, three-fight deal with The Impact Network which on its website notes it is a Christian television network in over 88 million homes in the United States, the Bahamian Islands and parts of Africa.

The card is being promoted by Teresa Tapia, wife of the late New Mexico all-time boxing great, Johnny Tapia. The Tapia family has had a longstanding relationship with actor Darrius McCrary who is best known for playing the role of Eddie Winslow in the 1990s television show Family Matters.

In 2019, McCrary was approached by The Impact Network television producer Steven Marcano with the idea of helping with the channel’s boxing programming. McCrary, then introduced him to Teresa who suggested that Trout be the star of the inaugural fight card.

According to Trout, The Impact Network will look to highlight up and coming fighters as well experienced fighters via reality television shows that will help promote them and their respective fight cards.

“It’ll be a place for the comebacks and the come ups and everything in between!” he says with excitement.

Trout expects to play multiple roles while associated with the network. Later this year, he plans to debut as a promoter with his own company, A-Side Boxing Promotions. The goal is for his first event take place in Albuquerque this May.

“That’s been in the planning stages for at least a year,” says Trout. “We’re trying to figure out the right team, and I’ve been asking myself, ‘What’s my motivation?’ and, ‘Will my company ultimately help boxing?”

Trout says he understands some seeing this move as a sign of preparation to leave the sport of boxing but he rejects the notion saying he wants a shot a welterweight world title.

“I’d like to fight until the wheels fall off,” says Trout who is looking to weigh in at 149-pounds for his Feb. 1 bout.

“I can’t put a number on the amount of fights I have left. I would actually like to be four fights away from a title now.”

Tickets to the match are still available on TicketMaster and run $25-$125 (plus processing fees).