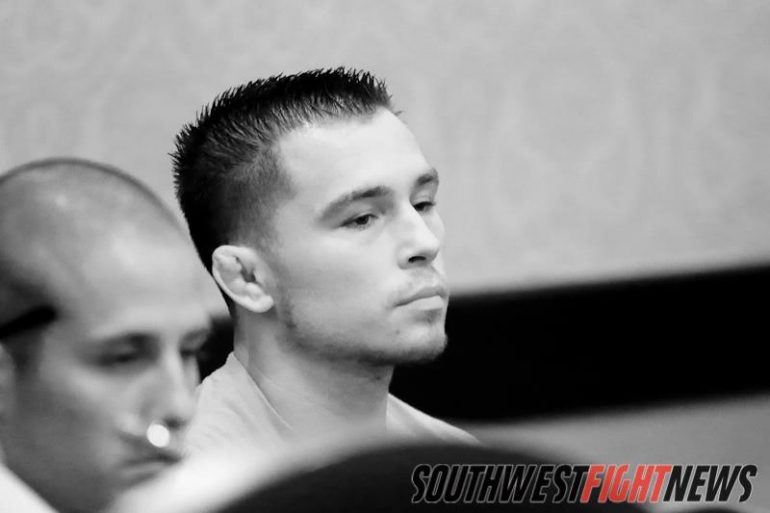 There was once a time when Donald Sanchez was the 2nd biggest draw in the State of New Mexico, behind only Holly Holm during her time on the regional circuit. The former King of the Cage Champion could sell more tickets than anyone not named Holly Holm and his supportive and boisterous sections in the arena would blow the roof off of venues when Sanchez made the walk to the cage. Fight fans would salivate for a Sanchez fight because they knew that regardless of the outcome, a Sanchez fight meant a guaranteed throw down. Unfortunately for the local fans, Sanchez hasn’t fought on State soil in over three years.

Sanchez has fought all around the world though, from Russia to Japan, Canada to England, and all-around the United States, during his impressive fight career that has now spanned nearly 50-fights if not more. That number increases dramatically if you consider Sanchez has also participated in boxing bouts and kickboxing matches. The 34-year old fighter has seen it all including competing against Tatsuya Kawajiri and Hatsu Hioki during his career as well as fighting for one of the first One FC events.

In fact, it is extremely difficult to pin down an official record for Sanchez. The most reputable source for fact-checking MMA records is Sherdog and his record doesn’t resemble the records displayed by The Underground on mixedmartialarts.com or by Tapology, or even Wikipedia. The only reasonable conclusion can be made that Sanchez has 30+ victories in his career to go with nearly 20 defeats.

We may officially pick this match-up to be our guess for “Fight of the Night” come January 25th at LFA 58.

Sanchez will look to right the ship after a rocky 2018 that saw the veteran fighter lose twice in MMA competition. In one of those MMA fights, he competed as part of an event called “King of Sparta” promoted by the Sparta Combat League. Part of the tournament includes first and second rounds being competed in a boxing ring under boxing and kickboxing rules, respectively. Though Sanchez won the first two rounds to get to the finals, of which were held under MMA rules, his mixed martial arts record was only impacted by the loss in the finals.

His opponent at LFA 58 is 22-year old prospect, Fernando Padilla, who similarly has conflicting records on the various fight record trackers found online. The best indication is that Padilla sits at 11-3 and coming off his own trials and tribulations from 2018. Padilla, once considered a hot prospect in LFA hit a rough patch dropping two of three during the calendar year. Padilla did end on a positive note, however, picking up a win in his last outing of 2018 fighting for the 20th Anniversary show for King of the Cage.

When the two meet up inside the LFA cage on January 25th in Albuquerque’s Route 66 Casino, it would be an easy bet to assume this fight could end up being the fight of the night for the promotion’s debut show in our State.

Sanchez has never been in a fight where he wasn’t competitive throughout and that shouldn’t be a difference when he tussles with Padilla. When diving into the resume of Padilla, you’ll see that he has finished all but his first opponent and in defeat, has never been finished losing only by unanimous and split Judge’s decision.

Padilla got his start in the boxing world and transitioned into a talented grappler who has notched seven victories via submission and of those seven tapouts, Padilla used a variation of an armbar in five of those outings. Clearly throughout his career, Padilla has been technical enough to successfully lock-in armbars and that is a weapon he could implore come fight night against Sanchez.

Sanchez offers a stark contrast in his career tendencies as a competitor in over fifty bouts has amassed no considerable trend other than you aren’t safe anywhere in the cage with the gritty fighter. With that being said, the one way Sanchez has been susceptible in his career has been via submission or losing tough decisions. Of his losses, Sanchez has only been stopped once via strikes, leaving him with 10 losses via decision and the other 7 by submission. 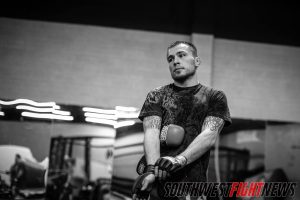 One of New Mexico’s true pioneers, Donald Sanchez has been a fixture of New Mexico MMA for over a decade.
Photo Credit: Will Fox / The Fox Identity

On the flip side of the discussion, Sanchez has 10+ victories by KO/TKO, 10+ victories by submission, and nearly 10 victories by decision. Sanchez is most notable for holding the King of the Cage title as well as his legendary rivalry with Angelo Sanchez, no relation, under the KOTC banner. Both of his fights with Angelo yielded “Fight of the Year” performances and truly defined the landscape of regional MMA at a time when the sport was considered by many to be at the very peak in terms of exposure and successful events.

Padilla had an estimated three fights be canceled in 2018 to go with his 1-2 run which should lead you to believe the Team Oyama trained athlete who trains in California, but calls Mexico his home, will visit Albuquerque hungry to start 2019 on the winning track.

Sanchez, a true pioneer and arguably one of the greatest New Mexico combat athletes to ever strap on the 4oz gloves, clearly loves to fight and is a true competitor. You could also call him a warrior, a gamer, tough-nosed, or basically any other name you can think of to compliment someone who is willing to fight anywhere, anytime, and anyone. Oh, and be very successful at doing it.

Look for Sanchez and Padilla to tear the house down on January 25th when the two talented athletes step in the cage for LFA 58. Continue to watch SWFight for move coverage and breakdowns on the stacked fight card.