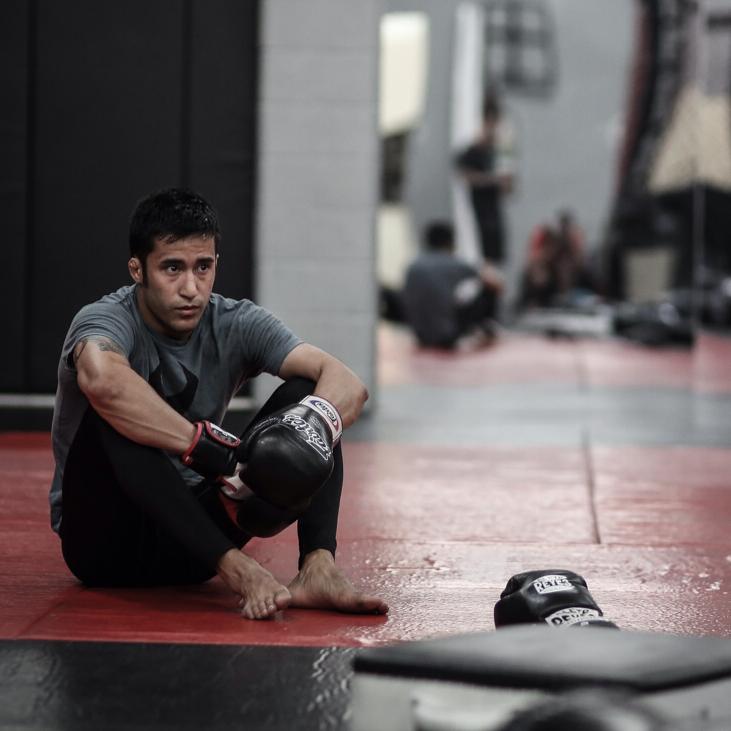 No need to double-check the title, I understand why you might be doing a double-take. Yes, another Sanchez is returning to New Mexico after fighting outside of our State lines for a long duration of time. Though there is no relation with Donald Sanchez, Joby Sanchez returns home at LFA 58 inside the Route 66 Casino just outside of Albuquerque.

The 27-year old spark plug Sanchez only needed six professional outings before he was swooped up by the UFC to take on the extremely tough Wilson Reis back in 2014. Dropping the bout to a formidable opponent, Sanchez would go 1-2 in what would be his first UFC stint. Sanchez would bounce back with two regional victories before starting his second go-round with the UFC.

This time around, Sanchez got his ticket punched by winning on Dana White’s Tuesday Night Contender Series in back-to-back outings on the show. Unfortunately Sanchez would drop his next two fights ending his second UFC stint.

His opponent on January 25th is 24-year old Demetrius “Coco” Wilson of Missouri will come to Albuquerque to spoil the return of Sanchez and continue on his rise up the prospect list. Wilson is coming out of a 2018 campaign that consisted of one fight, a unanimous decision victory back in May.

Wilson is an interesting prospect having most of his fights see the Judge’s scorecards. Though he has been submitted twice, Wilson looks to impose his strength through the clinch and takedowns as he typically controls his opponent’s by stifling their offense.

The explosive and dynamic Sanchez definitely has the submission chops to threaten Wilson if that happens in their match-up as the Albuquerque-trained fighter has a well-rounded stat line finishing four opponents via submission, four via KO/TKO, and three via decision. Though he may have the chops, often dynamic ground games can easily be muted by a strong, dominant wrestler.

Luckily for Sanchez, his talents aren’t only on the mats as the exciting fighter has power in his hands and an arsenal of strikes that can make any opponent uncomfortable. Will he have enough time to unleash the striking before Wilson looks to close the distance and initiate the clinch game.

Come January 25th, Sanchez and Wilson to look establish themselves among the LFA ranks for 2019. Sanchez has the big stage experience advantage as well as being the fighter most likely to end the fight, but Wilson is powerful and methodical in his approach inside the cage.

Fight fans, LFA 58 will be worth the visit with their stacked fight card in their debut in New Mexico. Joby Sanchez and Demetrius Wilson. Stay active with SWFight for continued coverage on the New Mexico LFA show coming to Route 66 Casino.