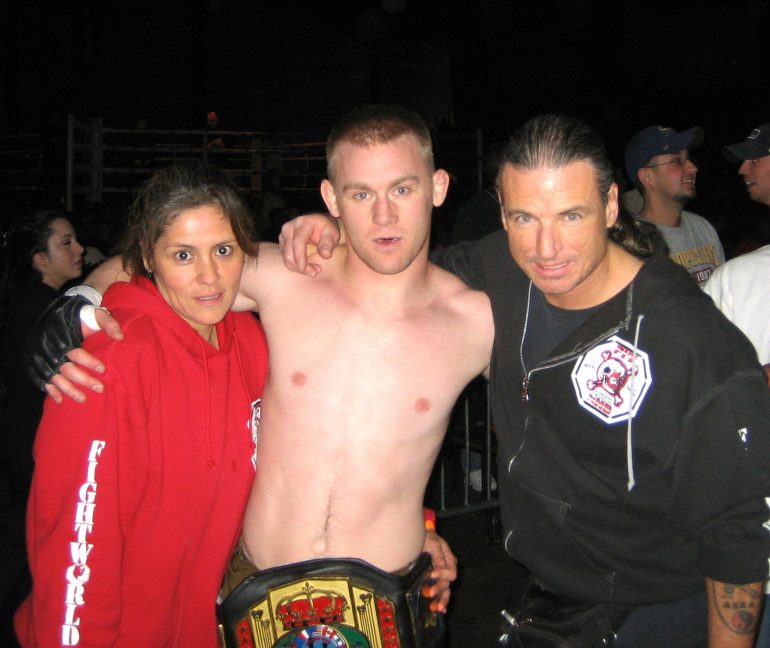 We hoped you have been following us this week and if you haven’t here are the links for the first four posts celebrating FIT NHB’s 20th Anniversary.

The success of Tom and Arlene’s coaching efforts didn’t just yield competitors and a fight team, it created relationships and allowed for business connections to shape their trajectory in combat sports. The Head Coaches would take fighters to fight promotions all over the world but it was one in particular that played a pivotal role for FIT NHB going forward.

“In January 2004 we made our first trip to Ring of Fire in Denver, Colorado. Ring of Fire was owned by Sven Bean and it was the biggest/best show in Colorado. ROF was a Pro/Am done in a ring with mma, kickboxing, and K-1 style fights. Normally I don’t care much for mixed cards but ROF had the right formula and it was an excellent show. We had five fighters (4 MMA / 1 K-1) on our first trip up with four winners.” – Tom Vaughn 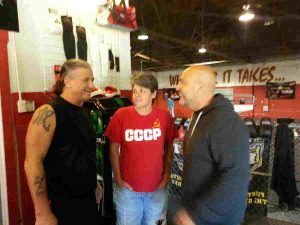 As a New Mexico fight team in a State still early in its development it was important for FIT NHB to have connections to provide enough opportunities for their expanding roster. It was specifically important that they developed the connection with a promotion close to home in Colorado that would provide simple travel that gave them the experience of traveling. It was more than just getting a few of their fighters a fight opportunity, it began to blossom into a relationship that heavily benefited the gym as it continued to gain more and more success.

“This began a long and important relationship for FIT NHB. Over the coming years we had fighters on nearly every ROF show and all our better fighters fought there at one time or another. Ring of Fire was vital to the development of our team. It gave us valuable road experience and the chance for our fighters to compete on an event with “big show” feel and real production. Sven , his wife Lisa, his right hand man Scott “Scotty too Hotty” McHugh and their crew did an incredible job and we always looked forward to going to Colorado to Ring of Fire. Eventually the success of Ring of Fire inspired more and more promotions and the Colorado market became over saturated. ROF shows became less frequent and by that time FIT NHB was going everywhere with our fight team. It was the end of and era.” – Tom Vaughn 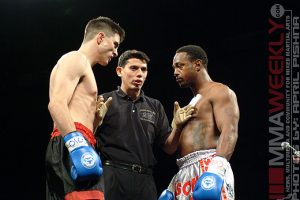 Fighters like Tim Means and Carlos Condit fought on the Ring of Fire events and the promotion definitely provided a stomping ground of opportunity for fighters coached by Tom. Ring of Fire was a prominent regional promotion that consistently put on fights on a regular basis.

“Besides being an excellent fight promoter Sven Bean also managed some great fighters and I’d occasionally run into him on the circuit. When he resurfaced in a fight promotion, he came back smoking. Resurrection Fighting Alliance (RFA) brought Sven on as their COO working alongside CEO Ed Soares. Ed is also a longtime friend and business associate of mine and I knew right away they were going to be a winning team. These guy are like rock stars in the fight business and they can do it all. I had the privilege of co-promoting an RFA show with Sven and Ed and it was a highlight in my career.” – Tom Vaughn 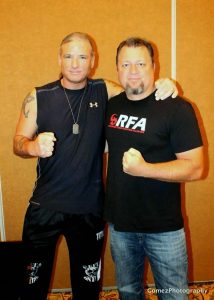 Most that know Tom Vaughn knows the man wears many hats. He is a manager, a coach, and a promoter, to name a few. Tom has implemented a winning formula in his career endeavors, and through in his co-promoted show with RFA, showed that he had gained enough experience through his career in the fight world to be successful at the highest level of promoting.