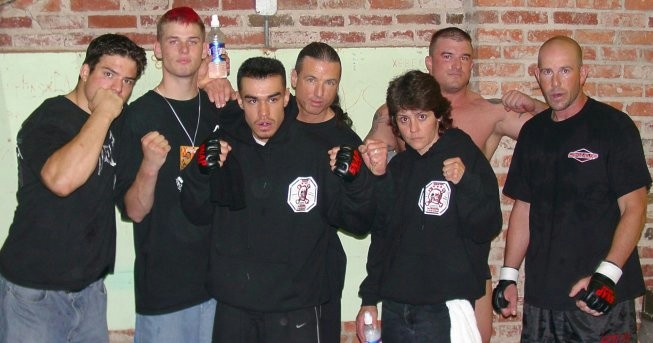 We hoped you have been following us this week and if you haven’t here are the links for the first three posts celebrating FIT NHB’s 20th Anniversary.

Fight fans, we have been fortunate to hear some of the origin stories from Tom all week and the theme of the first three days has been all about the beginning of FIT NHB. From the way it all started on to needing to leave their first location, we have arrived at a point where Tom and Arlene have established themselves as coaches for a fight team and have grounded their efforts by finding a second location that allowed them to be more versatile and effective in their efforts.

It was time for the hard work to start paying off, and the pay-out was the rise of a successful competition team.

“Once we got the 12th street location up and running, eventually we had some students ready to compete. We started off with grappling tournaments, amateur boxing, and amateur kickboxing. When the time was right we took our most well-rounded fighters and booked amateur MMA fights. In those days there wasn’t a commission so many of those fights don’t show up on any fight record.” – Tom Vaughn

20-years ago, MMA was still in what many consider the “Dark Ages” of the sport in that it was still considered niche and was not given the respect of a mainstream sport. In time, MMA has evolved into what it is today – a major player on any sporting network and for the sport’s top-level – the UFC, a major part of ESPN and the major sport’s media outlets.

During this time, as Tom referenced, athletic commissions were either non-existent or not really a factor in any legitimate regulation or oversight. A lot of events were held on tribal grounds, much as they are still today in the regional circuits, and many of those fights also never made record books due to that lack of commission or regulation. Fighters from this era need deeper glances when analyzing a win-loss ledger because during this time, the story was never the fight itself – it was the story of how it came to be. 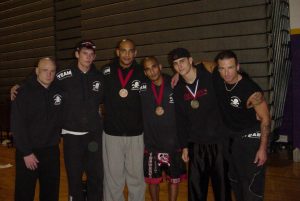 We all know the fighters in their current formation, for example, we all know Tim Means as the fighter he is now. Most fans recall Means best for his two stints in the UFC. Outside of New Mexico, hardly any fight fans are familiar with his history in the King of the Cage circuit or his inclusion as an amateur and professional for a promotion like Fight World.

Well once upon a time, all the fighters you have watched compete started from square one. For FIT NHB’s developing roster, a team of competitors emerged and created the gym’s now iconic first team.

“I may not get this 100% accurate because it was so many years ago so if I miss someone I hope I’ll be forgiven. Our first FIT NHB MMA fighters were Carlos Condit, Teo Baumgartner, Tim Means, Doug Smith, Chad Lemoine, Lafayette Barela, Dave Spargo, Jesse Stanich, Lalo Maldonado, Craig Zellner, Jesse Stanich, and Lorenzo Coca. Jesse Isbell and Richard Symonds were busy boxing and kickboxing as were some of our other students. We had quite a few students in grappling tournaments as well.” – Tom Vaughn

Recognize some names? Condit and Means stick out to most, but fans of the local fight scene in the 2000’s may recall names like Barela and Coca as King of the Cage mainstays but the entire roster is full of notable names from that era.

“Our competitive team was off the ground.” – Tom Vaughn