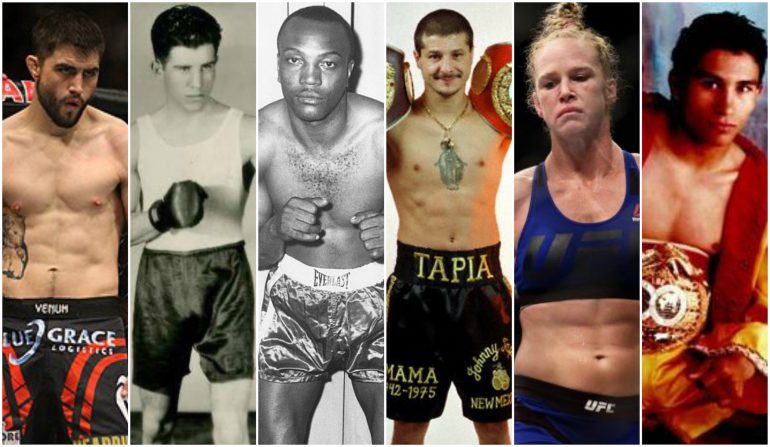 We have exciting news fight fans! Southwest Fight News had been looking for a fun project that the fight community will enjoy reading and discussing and we believe we have found one that New Mexico fight fans will truly find riveting. Whether you are a long time fan or are relatively new to watching local boxing and MMA, the next several weeks and months should be full of historical content as we unveil our Top 25 combat athletes from the worlds of boxing and mixed martial arts.

The effort was one of elaborate collaboration as we reached out to select media members, coaches, athletes, and historians alike to pick their brains in an effort to do great justice to our efforts. As is the case anytime a list is made, we will have people who agree and disagree, which is what we hope promotes fun discussion and interaction. At the end of the day, our list is signed off by the three members of Southwest Fight News and though the list is a Top 25 – it is in fact our opinion as to who the Top 25 athletes in MMA and boxing are.

We did follow a tight criteria of which we want to share with the fight fans to best understand how we came up with the rankings. It was not easy to make criteria, nor was it easy to leave athletes off the list that fell just beyond the Top 25. We do plan on posting some honorable mentions to highlight some of the successful and hard-working athletes who just missed the cut.

Once the criteria was decided upon, we sat down or spoke with members of the combat community and started plugging in names to a master list. Once that was completed, the three of us here at Southwest Fight News came together to finalize the list. We found that ranking 1-10 was not extremely challenging but 11-25 definitely put us to work. We had dozens upon dozens of qualified athletes to make the list and only 15 spots.

The plan is to unveil the list in descending order from 25 down to 1. Our articles will detail five athletes at a time and each article, though lengthy, will be both historical and informational. We hope you all enjoy our effort to put forth what we believe is the first ever list of this kind to be promoted out from a media source. We love breaking barriers and doing new things and we have invested a lot of time and effort to complete this project.

Stay tuned next week for the first edition where we will get this started with #21-25 of the Top 25 Boxers and Mixed Martial Artists In New Mexico History.