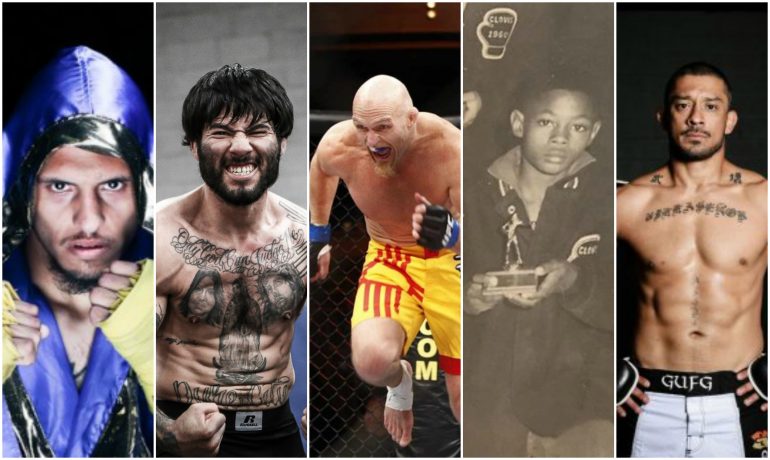 The Marquess of Queensberry Rules, the code of the generally accepted rules in the sport of boxing were published in 1867, 45 years before New Mexico was granted statehood in 1912. Hundreds of fighters during that time we were a territory bled and died in makeshift rings and on the llanos and desert pavements in the name of pugilism. We honor their memories, both the named, and especially the unnamed fighters that history has forgotten.

We begin our quest in helping start a healthy discussion by putting forth the first list of the greatest fighters of all time to hail out of our combat cultured state. These fighters truly prove that the desert does not produce anything weak. 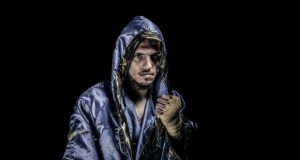 One of the greatest amateurs in New Mexico boxing history, Fidel went on to get signed with Golden Boy Promotions early in his career. Photo: Will Fox/SWFight.com

A native of Albuquerque’s South Valley, at just 26 years old, Fidel Maldonado Jr. has established himself  (along with Las Cruces’ Austin Trout) as one of the two top talents of the latest generation of boxing talent.

As an amateur he held a 118-12 amateur record and was ranked as high as second in the United States.

After one of the most successful amateur campaigns in New Mexico boxing history he signed with Golden Boy Boxing. After an 11-0 start, Maldonado captured his first minor title, the Word Boxing Council Youth Silver Lightweight Championship with a with unanimous victory over Eric Cruz in October of 2011.

Maldonado has flirted with being a potential contender on multiple occasions and is no-stranger to nationally televised events with fights on Fox Sports, Showtime and ESPN. His most recent loss to Ismael Barroso and at times tumultuous relationship with Golden Boy Promotions, his longtime promoter which he recently departed from, puts Maldonado’s future in some uncertainty but at just 26, youth is on his side and has the time to continue to be a player in both the regional and the national scene. 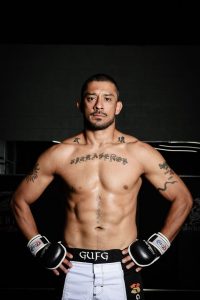 Albuquerque mixed martial artist Joey Villaseñor comes in at #24 in our list of the greatest New Mexico fighters of all time. Photo: Will Fox/SWFight

“Smokin’ Joe” is an icon that has flown under the radar for the duration of his career. Starting his career in his young 20’s back in 2009 representing the Jackson-Wink gym, Joey Villaseñorrepresents the old guard of MMA and the time many consider the most transcendent in putting Albuquerque, NM on the MMA map.

Villaseñor racked up a 13-3 record competing under the King of the Cage banner in nine of those outings and had already traveled to Wyoming, Nevada, California and a successful visit to Australia. The grappling/boxing combo that Villaseñor specialized in helped him capture the King of the Cage Middleweight Title by submitting eventual UFC vet Brian Foster in the first round.

With the KOTC belt now around his waist, Villaseñor defended it seven times including beating notable names like Jorge Ortiz, Jorge Santiago, and Kyacey Uscola. In his eight title outings, Villaseñor finished seven opponents and only saw a second round once in that span.

The momentum would send Villaseñor to the renownded Japanese powerhouse MMA promotion, Pride FC, where he would lose twice including a loss to future UFC Champion Robbie Lawler. He would bounce back with wins in the EliteXC promotion while also working with Strikeforce. In the two companies over a seven fight span, Villasenor would notch a record of 5-2, losing a title fight to “Ninja” Rua and picking up wins over David Loiseau and Phil Baroni. Villasenor would also engage in a war with Evangelisto “Cyborg” Santos.

After losing a competive decision to “Jacare” Souza in Strikeforce, Villaseñor’s career would slow down as he would see the last several fights in the regional circuit. Capping off his career with tremendous efforts in the United States as well as overseas in Japan, he was one of the original fighters to bring attention to the Jackson-Wink gym and still remains a staple of the foundation that has kept the renowned gym successful now over a decade. 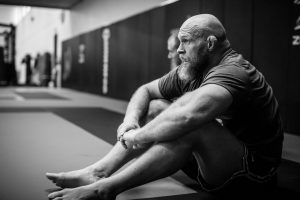 Albuquerque mixed martial artist Keith Jardine comes in at #23 in our list of the greatest New Mexico fighters of all time. Photo: Will Fox/SWFight.com

Once upon a time, MMA wasn’t featured on ESPN and major sports media sites. Long ago, pay-per-views didn’t get the global coverage it is blessed with now. There was once a time where MMA was debated as even being a mainstream sport. That was the time where Keith Jardine helped paved the way for the success the sport is full of today.

Jardine first called New Mexico his home while attending Highlands University in Las Vegas when he was featured as a defensive lineman for the Division II school’s football team. Add in his experience playing rugby, being a firefighter, bounty hunter and miner, and you have one tough human being.

With a record of 9-1-1, Jardine had traveled to Russia and Japan fighting for M1 Global and Pancrase, respectively and locally Jardine fought several times in New Mexico and neighboring Arizona and Colorado. He would get the entry ticket to be part of The Ultimate Fighter season two as a heavyweight and this would mark the point in Jardine’s career where he would garner national attention.

Though he would lose in his semi-final outing against Rashad Evans, who would later go on to become Jardine’s teammate, he would still be featured on the Ultimate Fighter finale where he would stop Kerry Schall via leg kicks. Now a member of the UFC roster, Jardine would start his career 4-2 picking up wins over Schall, Mike Whitehead, Wilson Gouveia and most impressively an underdog performance knocking out Forrest Griffin.

In September of 2007, the UFC would look to get their money-making talent back on the winning track. Arguably the sport’s first superstar, Chuck Liddell, had just dropped his title to Quinton Jackson and would be paired with Jardine in what many believed to be a tune-up for Liddell to get back to the title. Jardine would notch one of the most memorable upsets in MMA history when he would best Liddell over the course of three rounds en route to a decision victory.

In Jardine’s UFC tenure, he would fave a “who’s who” list of top talent finding mixed results against opponents like “Rampage” Jackson, Brandon Vera, Wanderlei Silva, and Ryan Bader.

Over the course of his UFC run, he would become one of the more marketable athletes constantly being featured in main events or co-main event slots. Ending his UFC career with losses, Jardine would compete back on the regional circuit notching back-to-back victories before signing with Strikeforce to close out his successful career.

In Jardine’s last two outings, a draw with Gegard Mousasi and a TKO loss to Luke Rockhold for the Strikeforce Middleweight title. Though he didn’t stop competing with the “W”, Jardine will go down in history as possessing one of the most impressive resumes in MMA history while becoming one of the most recognizable victories in the sport during his time as an active competitor. 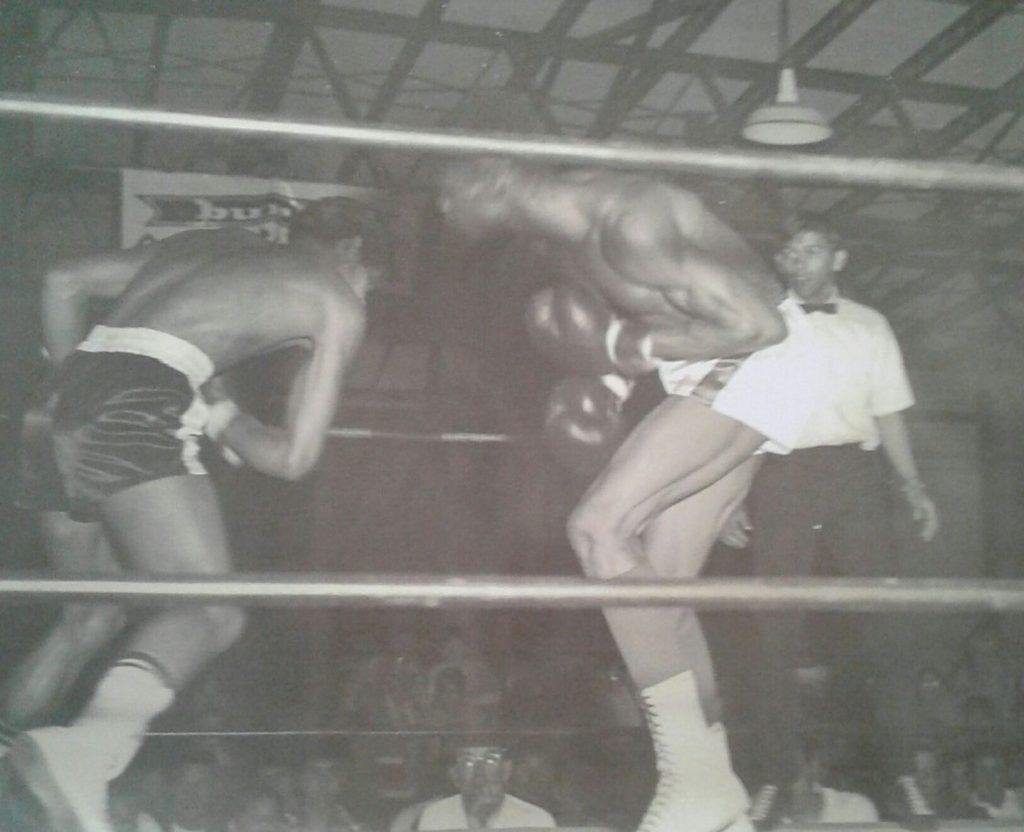 For those unfamiliar with the name, you are likely picturing a heavyweight —that is not the case for this Clovis, New Mexico native who did some serious damage in the regional boxing scene in late-1960s through the early 1970s. A 1967 National AAU Bantamweight champion and two-time National Golden Glove winner (1967, 1968) the 11-year-veteran, and a 1968 U.S. Olympic trials semi-finalist, Large was inducted as a member of the 2017 New Mexico Boxing Hall of Fame Class.

After a very successful amateur campaign he would turn professional at the age of 21. It would not be until Large’s 16th professional fight that he would finally fight in his home state of New Mexico. 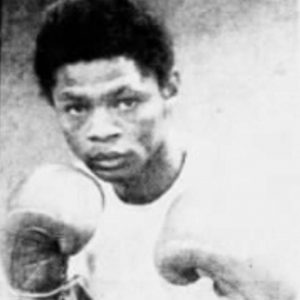 Earl Large Sr., picture early in his career, passed away in 2019

The “Soul Brother” stood 5’8’’, tall for a bantamweight and featherweight, the two weight classes that he respectively fought in during the early part of his career. Large spent much of his career within the friendly, and unfriendly, confines of the Southwest and also fought outside of the United States more than 20 times; that’s nearly triple the amount of any other fighter on our list.

Large’s biggest fight came in August of 1971 in Ciudad Juarez, Mexico against Chucho Castillo. Castillo was just four months removed from losing his WBC and WBA Bantamweight title at the conclusion of an epic trilogy with Mexican legend Ruben Olivares. Castillo was the first fighter to hand Olivares a professional loss.

Large’s bout with Castillo was a memorable one for many reasons. He staggered Castillo on multiple occasions, and worked him for the first 5 rounds before the crowd became insanely unruly causing an extensive delay in the fight. In the end, the black fighter was robbed in Mexico against a Mexican.

Despite having 17 losses, Large had a well balanced career and challenged himself at every opportunity.

Notably: LFA Flyweight Champion, Vet of WEC and UFC, two-time “of the Night” post-fight bonus winner in the WEC/UFC 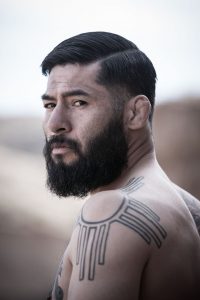 Albuquerque mixed martial artist Damacio Page comes in at #21 in our list of the greatest New Mexico fighters of all time. Photo: Will Fox/SWFight.com

“The Angel of Death” started his professional career at a King of the Cage event titled “Uprising” back in February of 2005. Fast-forward thirteen years and Damacio Page has entertained fight fans locally, nationally, and internationally with his profound knockout power and a gritty durability that has earned him a legendary highlight reel. During his career, Page has competed between the weights of Flyweight (125-pounds) and Lightweight (155-pounds).

Page was born in 1982 in Albuquerque and competed in or near his hometown for his first three outings. Coming from a wrestling base, Page would submit two of his first three opponents and would tear through a six fight win streak competing in Oklahoma, Canada, and Las Vegas notching two more submission finishes.

The finishing power that Page is iconic for emerged in the next stage of his career as he would finish five fights via KO/TKO over a seven fight span. With a record of 12-3, a seasoned vet now with two visits to Japan and Canada under his belt, Page would get the call to be featured in the World Extreme Cagefighting’s (WEC) first and only event held in Rio Rancho. Page’s opponent would also serve to be his stiffest competition to date as he would be paired with fellow prospect Scott Jorgensen.

Page would become a fan-favorite in the WEC going on a 3-2 run against an impressive list of foes as he would defeat Jorgensen, Will Campuzano, and Marcos Galvo who Page knocked out in 18-seconds. Though he lost twice, Page would drop match-ups with WEC Champion Brian Bowles and future UFC Champion Demetrious “Mighty Mouse” Johnson.

When the WEC merged with the UFC under the ZUFFA umbrella, Page was one of many to be moved over to the UFC’s roster. Page would suffer the worst stretch of his career and would be cut from the promotion after three outings.

The grizzled-veteran would find a career resurgence with the Texas-based Legacy FC promotion now branded as Legacy Fighting Alliance (LFA). Page would rattle off three knockouts and a single submission while going 4-0 for the promotion as well as capturing the promotion’s Flyweight Title. Page captured the Legacy Flyweight Title in style knocking out Brian Hall with one of the hardest one-shot knockouts in MMA history. (Seriously check it out)

Page’s career could still continue at only 35-years of age. Most recently he finished a stint on “The Ultimate Fighter: Tournament of Champions” which featured only fighters with championships from top promotions. Even if his career hasn’t reached the end, Damacio Page will undoubtedly go down as a legend of New Mexico combat sports.