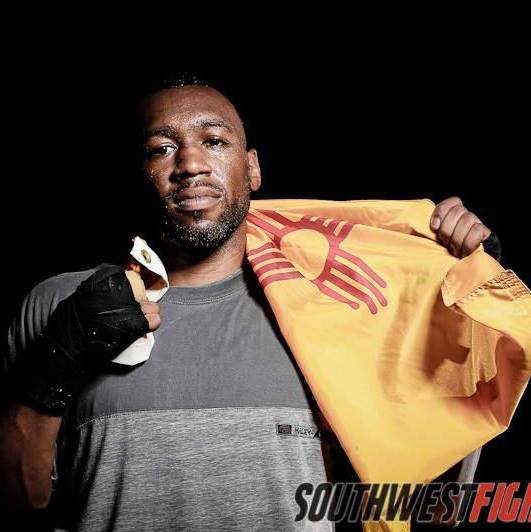 Looking to bring another World Title to New Mexico, Austin Trout has a tough task ahead in New York.

It has been a long 17 months since Las Cruces, New Mexico’s Austin Trout last stepped into the ring. Tonight when he faces off with undefeated IBF Junior Middleweight champion Jarrett Hurd, Trout not just carries the burden of participating in career altering bout, but also all the weight of putting New Mexico boxing back in the spotlight.

With the devastating sixth round knockout loss from Albuquerque prospect Fidel Maldonado Jr. last night in Indio, California, Trout, is likely the last New Mexican to fight for a world championship within the foreseeable future.

Undefeated rising fighters like Matthew Griego (7-0, 6KOs) of Albuquerque, Brian Mendoza (15-0, 10KOs) of Rio Rancho, and Las Cruces’ Augustine Banegas (12-0, 4KOs) are untested and at the current rate will likely not being seeing a major title shot within the next five years. Banegas, will attempt to start his path next month as he will be fighting for a minor WBC title in Texas.

In a sport where backdoor deals are made and high profiled fighters are sometimes babied by their promoters, at 32 years of age, this will likely be the last time Trout fights for a world title.

“Physically, mentally: no. Politically: yes.” said Trout when asked if there was a possibility of this being his last opportunity to fight for a championship. “Politically, I don’t know if they’ll allow me another shot if I don’t come out on top of this one.”

His age is not the only determinant, he is still a very talented and crafty fighter whose only losses are to current champion Erislandy, and to two young stars in Jermall Charlo, and Canelo Alvarez, the latter whom is flirting with the top five position of pound for pound list. All of this makes him a danger to any upcoming prospect and current champion– something all managers and promoters at some point try to avoid.

It has been 1,642 days since Holly Holm retired from boxing, giving up her crown, and 1,638 since Trout lost his title to Alvarez making it the last time a New Mexican champion held a title. Long gone are the days where it was a given that a New Mexico boxer would hold a world title at some point throughout the year.

Trout vs. Hurd takes place tonight on Showtime at 8pmMT. Trout is currently a +225 underdog on the sportsbook 5Dimes.

Jarrett Hurd vs. Austin Trout Tale of the Tape for the IBF Junior Middleweight title.