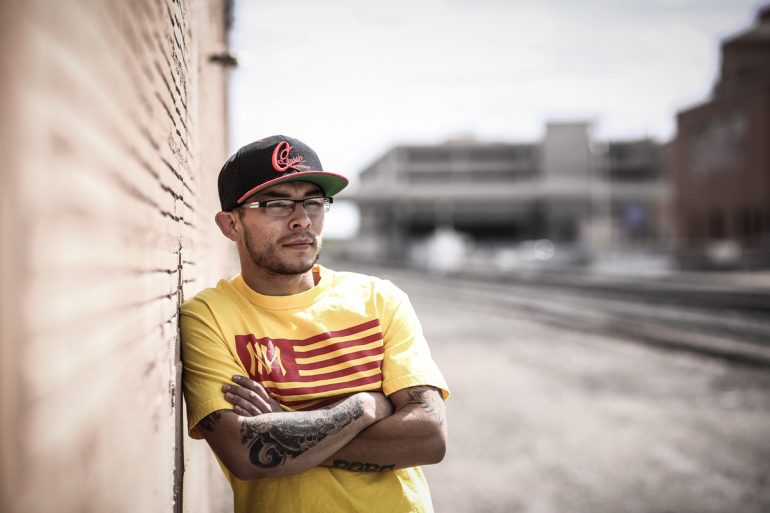 The landscape of mixed martial arts was vastly different in 2011. Jackson’s MMA Series hosted their sixth show and featured headliner Joey Villasenor. Evolution Combat Sports had just put on three shows that year, namely ECSC 2 that featured Angelica Chavez and Joby Sanchez. King of the Cage had established itself as a premier stomping grounds for competition as the promotion had New Mexico Champions Angelo Sanchez, Donald Sanchez, Tim Means and Quinn Mulhern featured as promotional champions prior to 2011. Needless to say, though it was only six years ago, it might as well be forever for Ray “The Tazmexican Devil” Borg.

In September of 2011, Borg would make his amateur debut against Juan Aranda. Only needing 83-seconds, Borg would make a statement by submitting his foe quickly and elegantly. He showcased poise and discipline while coming out of the gate on fire as he would swarm Aranda and dazzle the crowd with his transition to the back of Aranda and needing only seconds to sink in the choke.

But that wasn’t Borg’s breakout moment. If anything, Borg looked anything but intimidating. He looked like a young kid, small in stature and about as unimposing as it gets in the sport. Unless you were friends, family, or teammates of Borg, I don’t think anyone left Buffalo Thunder Resort & Casino that night thinking they had just witnessed the next big thing to come out of New Mexico.

I doubt that phased the eighteen year old Borg as he would cut his next in-cage performance in half, only needing 40-seconds to lock in a rear-naked choke. Again, Borg was impressive in his performance as he was able to showcase the dazzle that he is known for today, transitioning like a wizard and locking in really technically sound submissions. This time the unlucky foe was Jesse Kocoseris who looked as if he didn’t know what hit him and before he could even find comfort inside the cage he was submitting to a tight submission. 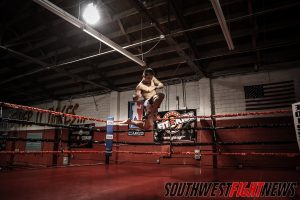 Ray Borg was a buzzsaw during his amateur stint, going 4-0 and ending each bout in the 1st round with devastating submissions. His in-cage time for four fights was a mere four minutes and forty-four seconds.

Borg would score a third consecutive rear-naked choke against Antonio Taylor. This fight would only last 54-seconds for an event aptly titled “Breakthrough”. It would be a pivotal moment for Borg as he would leave the State for the first time to compete in MMA outside of his home State of New Mexico.

In what would be Borg’s final amateur outing, Borg spent the most cage-time to date and it would be his second fight away from home as the bout was held in Laughlin, Nevada. The fight lasted one minute and forty-four seconds and Borg would lock in his fourth consecutive submission victory against Angel Nieblas for an event titled “Future Legends 6”.

This would end the amateur run of Borg, resulting in a 4-0 record with all victories coming by way of submission (3 of 4 rear-naked chokes) and offered the invaluable reward of experience by allowing the young athlete to fight in three states (and Athletic Commissions) over the course of his 20-month amateur campaign.

It would be a longshot to believe that many thought Borg would be standing alongside Demetrious “Mighty Mouse” Johnson way back in 2012, given that at the time of Borg’s final amateur bout, an established veteran of MMA, Johnson, was preparing for the rematch with Ian McCall and would be his second fight in the UFC in the Flyweight Division. A month after Borg’s professional debut in September, Johnson captured the inaugural UFC Flyweight Championship.

Stay tuned tomorrow for Part 2 of this series focused on Ray Borg prior to his monumental opportunity this weekend, September 9th, when he takes on Demetrious Johnson for the UFC Flyweight Title in Edmonton, Alberta, Canada live on PPV as the headlining act of UFC 215.