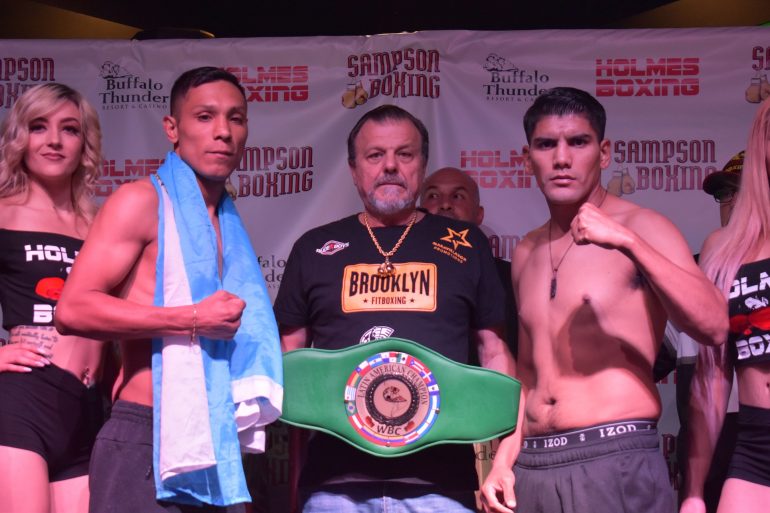 At least three of the bouts, including the main event and co-main event, will be televised live internationally on TyC Sports, channel 469 on DirecTv in the United States.

The two promoters will be donating $1 from every ticket sold to the event to victims of the recent Mexico City earthquake. The donations will be matched by five-times thanks by Mexico billionaire. As of the weigh-in, 70 tickets were left for the show. Fights are expected to begin at 5:30pmMT. The televised portion of the card starts promptly at 8pmMT.

TV Bout: Rio Rancho’s Bryant McClain (4-0-1) 159.3lb. vs. Albuquerque’s Ambrocio Bautista (2-1) — according to the promotion Bautista did not appear at the weigh-in.