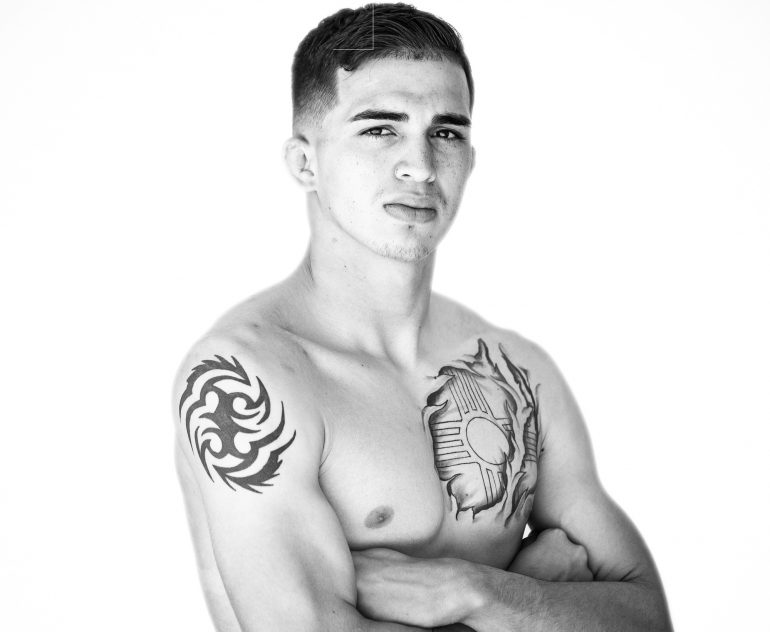 With a flyweight championship win at LFA 14, Jerome Rivera Sets Himself up for Potential UFC Call

For several years in the 2000s, New Mexico was a hotbed for mixed martial arts prospects. However, over the last 3 years there has been a lull in local fighters cracking the MMA glass ceiling. On Friday night, Santa Fe’s Jerome Rivera hopes to change that with a victory at LFA 14 when he takes on Roberto Sanchez for the inaugural Legacy Fighting Alliance Flyweight title at the Arena Theatre in Houston, Texas,.

In winning the championship bout against a fellow undefeated fighter in Sanchez (6-0), Rivera, will not only claim a notable title with a promotion known for developing elite talent, but also increase his chances exponentially of becoming the first native New Mexican from our state’s capital to join the UFC. 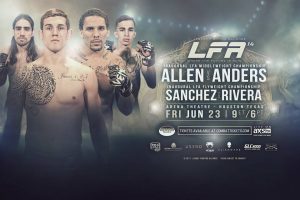 With the UFC’s 125-pound weight class lacking depth, an opportunity for either fighter on Friday night opens the door for a potential call from the sport’s top organization.

“It’s been settling in this week that it’s a huge fight,” said the 22-year-old Rivera (7-0) in a phone interview with SWFight.com. “I already picture myself fighting flyweight (UFC fighters) and I feel that I match up well with them.”

In the 31-year-old Sanchez (6-0), Rivera faces a tough grappler, and a winner of his of five consecutive fights via submission.

“I think he’s too focused on grappling– I feel that’ll be his downfall in the end,” says Rivera of his co-main event opponent. “He tries suffocating people and he’s good at it but he’s a one-trick pony.”

The statement is a brash one from what is typically known as a quiet and reserved Rivera. Optimism is oozing from the young fighter, and why shouldn’t it be? Besides sporting an undefeated record and being the top prospect in the state of New Mexico, he has a 4.5 inch height advantage on Sanchez.

Rivera is also coming off the longest fight camp of his career, a seven-and-a-half-week training circuit under the tutelage of Chris Luttrell and Ray Yee of Luttrell-Yee MMA.

The camp included training sessions with teammates Jordan Espinosa, Stephen Cervantes and Andres Quintana all of whom also have upcoming fights.

Rivera’s training also included sessions twice a week at Jackson-Wink MMA Academy. There, Rivera trained alongside current #3 world ranked Ray Borg, and Joby Sanchez, both flyweights and the last two fighters from New Mexico to make it to the UFC.

“I’m really blessed and thankful for the chance to be able to fight on this stage with the LFA and in being able to represent Santa Fe well,” said Rivera. “I’ll show everyone that I’m the man carrying the torch (for New Mexico) now.”