Joby Sanchez and Adam Antolin Square Off for GKO Title 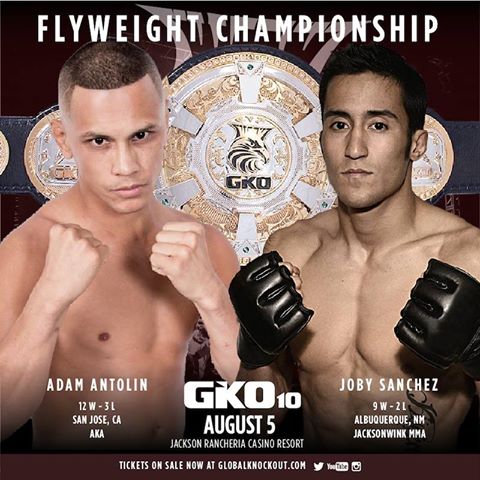 Sanchez vs. Antolin Puts Jackson-Wink MMA Against AKA 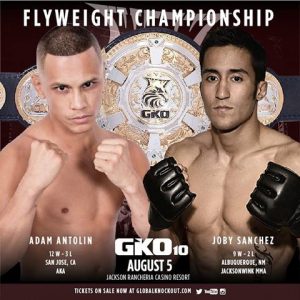 The 25-year-old Sanchez (9-2) is coming off a unanimous decision victory this past February against Jesus Urbina at Jackson-Wink Fight Night 1 in Albuquerque. Antolin (35) comes in riding a career best 8-fight win streak where along the way he participated in The Ultimate Fighter television series where he defeated Sanchez’s teammate Damacio Page.

The bout pins products from what are considered two of the best mixed martial arts gyms in world; Sanchez from Jackson-Wink MMA Academy in Albuquerque, New Mexico home to premiere fighters such as UFC fighters Jon Jones, Carlos Condit, and Holly Holm.

SWFight.com will provide continued coverage in the lead up to the bout.