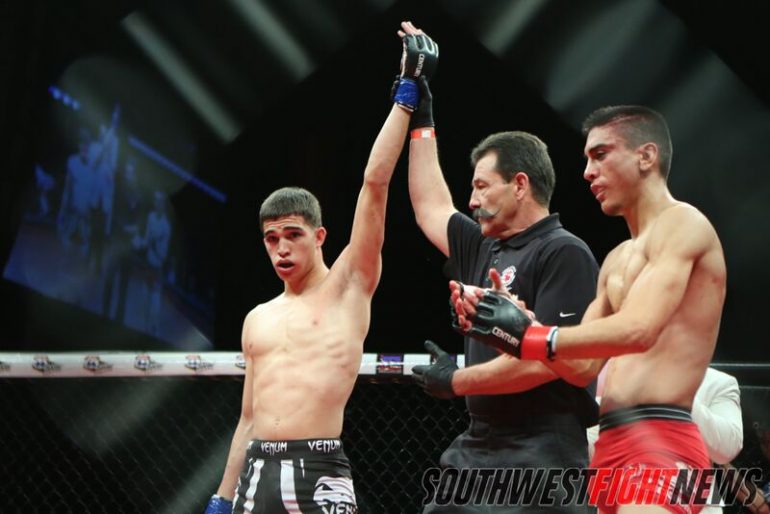 Through our sources, SWFight.com has learned that undefeated prospect Jerome Rivera (6-0) has signed a bout agreement to compete for the Legacy Fighting Alliance (LFA) promotion for their LFA 10 event on April 21st, 2017 in Pueblo, Colorado.

Coming off his sixth professional victory just a short few weeks ago, Rivera, has rattled off ten consecutive victories counting his amateur tenure, will take on the formidable challenge of well-rounded foe Zac “The Anointed Warrior” Riley (5-3). The bout will take place on home turf of sorts for Riley.

The bout will be contested in the 135-pound Bantamweight weight class which is a relatively new division for both fighters. Both Riley and Rivera have spent significant time fighting at 125-pounds in the Flyweight division. Rivera, 21, most recently defeated Bellator vet Saul Elizondo of JacksonWink MMA at the heavier weight class. This bout may indicate Rivera’s transition to a new weight class as his body continues to grow into his frame.

Riley may ring a bell to fight fans in the area as he took on FIT NHB’s Tim Sosa in a losing effort back in 2014. Since, Riley is 4-1 with a win over former UFC competitor Huga Viana as his most marquee highlight.

The bout will be part of the televised portion of the LFA 10 fight card on AXS TV.

Stay tuned for more coverage and an in-depth look at “Renegade” Jerome Rivera, one of New Mexico’s best up-and-coming talents.