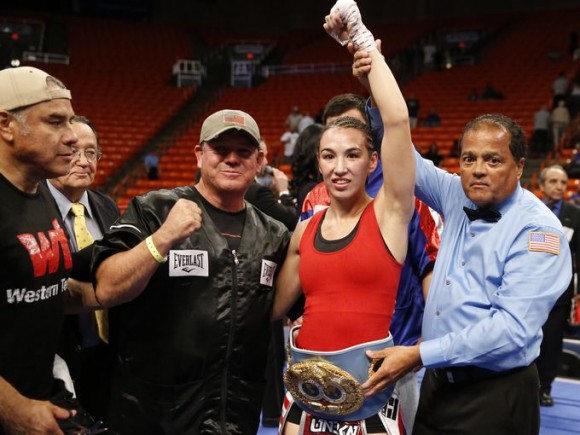 For the first time since we started our annual awards back in 2012, a fighter has taken the title of ‘SWFight.com Boxer of the Year’ for a second consecutive year. It was not even close this year; Jennifer Han’s two title defenses against world ranked opposition easily separate her from the pack. 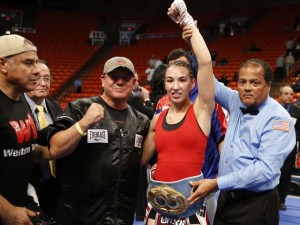 In April, the El Paso, Texas native put on a shutout performance in her first defense of the IBF World Featherweight title against Colombia’s Calixta Silgado. At the time, Silgado was the number six ranked junior featherweight in the world. The visiting fighter was no match against Han or the 4,300 fans at Southwest University Park in downtown El Paso. The attendance for the fight was the largest for any combat sports event in 2016 in the New Mexico/El Paso, Texas region.

Han (15-3-1, 1KO) capped her year off in October with another landslide performance, this time against the number 14th ranked featherweight Liliana Martinez of the Dominican Republic.

What to expect in 2017: Let us hope a fight against a top-5 challenger. A televised bout for Han would also be ideal. After the Olympics, we saw a rise in women’s fights being televised. Han should also take advantage of the regional interest and continue to fight in El Paso the same way Holly Holm did in Albuquerque during her boxing reign.

Since we primarily cover the state of New Mexico, we figured that we should award the state’s best boxer even if they they do not take the overall prize.

Who took the biggest opportunities? Who challenged themselves outside of the state? What kind of risks were taken with opponents? 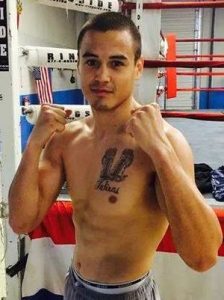 These were some of the factors we looked at when trying to decide this year’s New Mexico Boxer of the Year. One name in a pool full of young talented fighters stood out: Las Cruces, New Mexico’s Jose Salinas.

Three times this year, Salinas (10-2-1, 5KOs) challenged himself outside the comforts of The Land of Enchantment. The first against undefeated Mexican Rafael Casas in Sonora, Mexico in March. A month later, he took on Billel Dib, an 18-win Australian with just one loss in New York. Salinas put up a fight but ended up losing a majority decision. After some much needed rest, Salinas was back in the ring in September, this time in Connecticut. There he pulled an upset over hard-hitting Kosovar Dardan Zenunaj who came into the bout with a 12-win, 1-loss record.

What to expect in 2017: Salinas, is not showing any signs of slowing down in 2017. On January 27, he will be taking on 14-0 prospect Erick De Leon in what is shaping up to be main event of a nationally broadcasted Top Rank card on UniMas in southern California. With a win, Salinas will set the stage for we hope will be a terrific year for New Mexico fighters.

NOTE: Below is a breakdown of some fighters we have heard getting consideration from the public as the best boxers in New Mexico for 2016. Besides 2016 record, we also put a heavy value on opponent’s winning percentage this year for our award:

Criteria taken into consideration when looking at the pool of the top NM boxers from 2016. Salinas tested himself against opponents with a combined 94% winning rate.