A welterweight showdown between undefeated Bryant Perrella (14-0, 13KOs) and Yordenis Ugas (16-3, 7KOs) will headline the first Premier Boxing Champions to take place in the state of New Mexico on Tuesday, September 27, at the Buffalo Thunder Resort and Casino in the Pueblo of Pojoaque. The card will air live on Fox Sports 1’s weekly boxing telecast Toe to Toe Tuesdays. 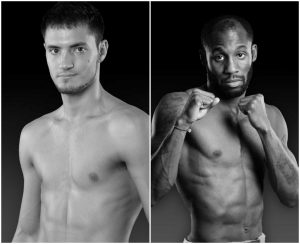 Perrella and Ugas, were originally set to meet last month before Perrella suffered a thumb injury that forced him out of the fight. Ugas ended up fighting and beating late-replacement, the previously unbeaten, Jamal James by unanimous decision. Another win with for Ugas, a Bronze medalist for the Cuban national team at the 2008 Olympics in Beijing, against an undefeated prospect will help in re-establishing him in the welterweight division.

The PBC card is one of many that local promoters hope will take place in the state of New Mexico.

“We’ve been waiting to collaborate with PBC for a long time,” said Holmes Boxing promoter Patrick Holmes, who along with Warriors Boxing is co-promoting the PBC on FS1 card.

“We had other TV offers but we’re glad we waited for Al Haymon, as he has the true vision for what boxing is going to be like into the next 10 years,” he continued. Haymon, most notably known as pound for pound great Floyd Mayweather’s adviser, is the mastermind behind Premier Boxing Champions (PBC for short), a television boxing series that airs on seven networks.

Televised coverage of the card will begin at 8pmET/6pmET/5pmPT on Fox Sports 1.