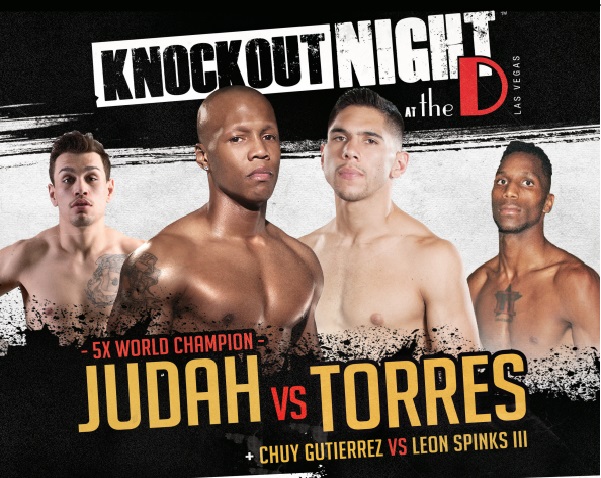 The Nevada State Athletic Commission has cancelled the ‘Knockout Night at the D’ boxing card that was to take place Saturday in front of a sold out Downtown Las Vegas Events Center in Las Vegas, Nevada. The main event pinned Albuquerque’s Josh Torres against former world champion Zab Judah.

According to the Las Vegas Review-Journal, misrepresenting information was provided by Judah and his promoter Roy Englebrecht on the fighter’s licensing application.

Late Thursday, the article states, there was major issue found by NAC executive director Bob Bennett that Judah, through Englebrecht, had marked on his application that there were no current financial liens against Judah which turns out is incorrect as he owes child support.

The ten-round fight was scheduled to air nationally on CBS Sports Network and would have given Torres the biggest fight of his career.

“I’m bummed, it sucks to put in all that work and invest all that time,” said a flabbergasted Torres on a phone call with SWFight.com.

A barber by trade, Torres missed out on two weeks’ worth of work to train and participate in media obligations to promote the fight.

“[The promoters] still want us on a future card; they said this one will [rescheduled],” said a disappointed Torres who would have made his first appearance on national television. “It’s just a bad situation in general.”

“We got the hotel room for a couple of more nights and our flight doesn’t leave until Sunday,” said Torres trying his best to be optimistic. “My family and I are just going to try to enjoy the next two days here as much as possible.”

Judah, and Englebrecht, a boxing promoter for more than 35 years in Southern California, have been temporarily suspended by the NAC. Both men will be asked to appear at a March 23 disciplinary hearing.

Austin Trout vs. Jermall Charlo May 21 in Las Vegas