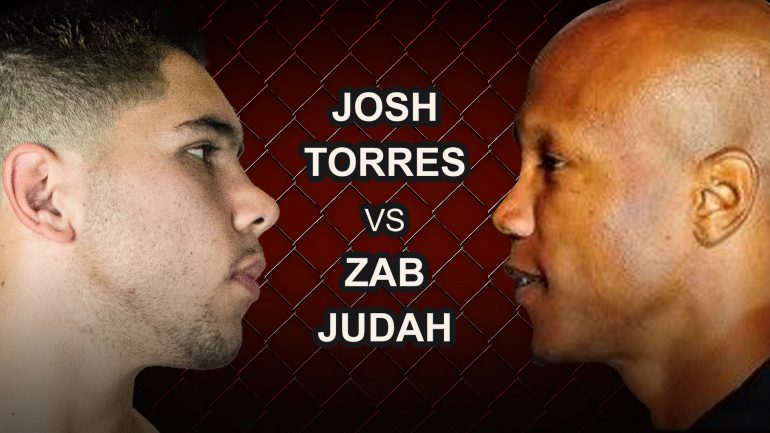 Josh Torres announces that he has come to verbal agreement to fight Zab Judah on March 12.

Torres’ promoter Joe Chavez also confirmed on Tuesday that the Nevada State Athletic Commission has approved the bout which is to take place at 145lb. weight limit. The fight is expected to be the main event on a card to be aired by CBS Sports Network.

“It feels surreal; it’s like a dream come true,” Torres told Combat Sports Weekly. “This is a guy I was watching when I was a little kid fighting these huge names, winning these big titles.”

“To know that all the hard work that I’ve been putting in my career is starting to pay off–to get calls like this is awesome.”

Judah (42-9, 29KOs), 38, who has been out of action since a December 2013 loss to fellow Brooklynite Paul Malignaggi, was scheduled to make a comeback fight in January against Virgil Green also on CBS Sports Network but the fight never took place.

With New Mexico MMA Missing Personality, Jordan Espinosa Stepped Up To The Plate