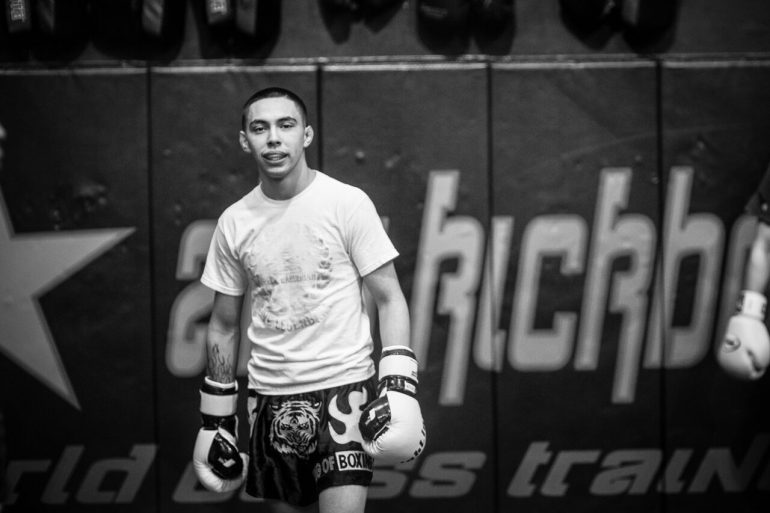 When the Jackson’s MMA Series rolls through the Buffalo Thunder Resort & Casino on February 13th, fight fans will be treated to a fight card with several notable names most that follow the local scene will recognize immediately. While the main event between top prospects Jordan Espinosa and Nick Urso may be enough to drive the ticket sales, all additional incentives to make the drive just north of Santa Fe can be found in two amateur match-ups.

Yes, the Jackson’s MMA Series XVII fight card has much more to offer than just the following two bouts, however, without disrespect to the rest of the line-up, I believe the match-ups of Marquise Smith vs. Jesse Tafoya and Ricky Esquibel vs. Javier Cepeda will drive enough interest to sell the fight card. It features four notable local competitors and three of which are considered by many to be the best amateurs in the area.

In less than a week, a Flyweight and Bantamweight match-up will likely steal the show.

Jackson-Wink fighter Jesse Tafoya (8-2) is looking to capitalize off of a solid 2015 that saw Tafoya get in seven fights going 6-1 in that span. Arguably emerging as one of the area’s premier fighters, Tafoya has taken the local fight scene by storm with his smooth transitional grappling and creative submission talents. Tafoya acknowledges his grappling prowess but also notes his MMA game is well-rounded to include the other aspects of martial arts.

“Ground fighting and grappling, specifically Jiu Jitsu, came more natural to me at the start of my MMA journey and it has brought me victory on multiple occasions as all eight of my wins are by submission. All aspects of my grappling are constantly improving and I am learning new tricks, techniques, and movements every single day at Jackson-Wink. As far as my competition goes, I am in the future compared to the surrounding amateurs in the MMA grappling department. Early pro’s as well. I’m young and I’m only getting better. Submissions are a strong suit of mine but my game is well-rounded, so yes, beware of my submissions. But no one is safe in any area of the fight.” – Jesse Tafoya 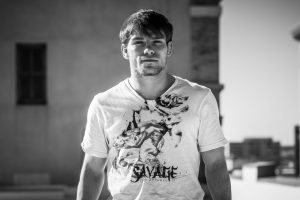 A noted submission wizard, Jesse Tafoya is rolling heading into his first bout of 2016 against Marquis Smith.

Tafoya’s opponent, Marquise Smith (1-0) is more of a relative unknown than the fighters featured in this article but it isn’t due to his lack of talent. Smith fought his first and most recent bout back in July of 2014. In that bout, Smith immediately stamped his name on the list of fighters to keep an eye on as he bested talented grappler Slade Ring over three rounds earning the unanimous decision victory. Smith impressed in the showing as he used crisp striking talents and exceptional movement to decisively earn the judge’s nod. Ring, similar to Tafoya, is a crafty submission specialist that Smith used footwork and effective spacing against to take away Ring’s biggest weapon during their bout.

It would only make sense for Smith to use the same blueprint to battle Tafoya, but Smith has more driving him than that victory over a year ago.

“My goal for 2016 is to take it one fight at a time but also showcase that I’m back and I’m better coming off a layoff of over a year. I could’ve asked for an easy tune-up fight but I want the tough, big name fights to move me up faster in ranks and in the fight game. I knew from the day the fight got announced that I would be doubted and the underdog which is totally fine with me because my team and I know what I’m capable of. I know that Jesse is tough but February 13th we are going to steal the show so be prepared to see the 2016 Fight of the Year that night. I have had a crazy year with me not being able to make 125 anymore so that forced me to step away to grow as a person and fighter. The year off was the best thing to happen to me because I found more motivation and became more hungry and something that played a factor in that is being on the sideline watching people you know you can bang with and better than get the shine and wins that should be yours.” – Marquis Smith

Representing LookOut PFS, Smith will challenge Tafoya at 135-pounds as a Bantamweight. Both Smith and Tafoya fought at 125-pounds in their last outing but Smith has now moved up 10-pounds to the Bantamweight weight class. Tafoya obliged the opportunity and will compete heavier than his normal weight class.

The two fighters were actually scheduled to compete at the end of 2014 for a now defunct MMA promotion. They will get their chance in less than  a week to square off in an amateur fight with significant implications. For Tafoya, he knows Smith is dangerous and falls back on his coaching and training as reason for his confidence heading into the bout.

“Marquise displayed a calm demeanor under fire, good footwork, good power, and good timing (in his first bout). All of those are great and necessary in this sport. But I am the all-around better martial artist. I’m the faster man, I hit harder, my timing is better, I am more unpredictable and he will be forced into panic as I stay composed unloading shots on him. I grew up doing Wushu Kung Fu and I see now how that base has influenced my ever evolving striking game. Along with the help of some of the all time greatest MMA striking coaches Mike Winklejohn and Brandon “Six Gun” Gibson, I am becoming more and more effective. My MMA striking is right there with my MMA grappling, sometimes I feel it’s better so depending on the opponent I have either available to me to help finish the fight. I have so many techniques in my arsenal that I’m ready to utilize. This will be a great one to watch.” – Jesse Tafoya

Fasten your seatbelts fight fans! This one is poised to be exciting! 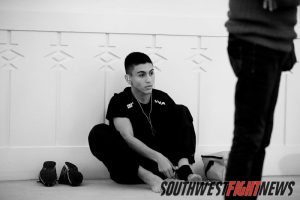 Battling back from an ACL injury that halted some of his momentum, Ricky Esquibel is back and ready to reclaim his spot as one of the area’s top amateurs.

If Tafoya is the area’s submission wiz, Javier Cepeda (7-0) is the region’s current knockout specialist. Cepeda’s teammates would tell you he has some serious pop in his punches and his three knockout victories could attest to that. Despite youth being on his side, Cepeda is actually a seasoned competitor with over sixty boxing bouts including a run in 2015 that included a State Golden Gloves and a ticket to the Golden Gloves Regionals in Denver, Colorado.

Representing Lutrell-Yee’s MMA, Cepeda will bring with him a well-round skillset and a set of coaches with a high-pedigree of experience in the fight game. Though well-known, Coaches Chris Lutrell and Ray Yee have a roster of young talent poised to take over the fight game and Cepeda may be leading that charge amongst the amateur ranks.

Cepeda is extremely young in age given his place in the current landscape of the amateur ranks. A place Cepeda’s opponent, Ricky Esquibel (4-2) was in not too long ago. Undefeated and one of the area’s more charismatic, Esquibel emerged quickly training out of the Jackson-Wink gym and developed quite a fan following. His hype was amongst the strongest in the area during his 2012-13 run in the amateur ranks. A loss to fellow amateur standout Jerome Rivera calmed the buzz momentarily and Esquibel would have to jump back on the horse looking to get back to his winnings ways.

After a knee injury derailed his hopes of righting the ship, Esquibel would be sidelined for over a year. While I am sure his support crowd will disagree, Esquibel may have not been forgotten but he has definitely had to relinquish some of his buzz to a few fast-rising talents including a teammate in Tafoya and his upcoming opponent Cepeda.

Esquibel will have a difficult road to redemption as Cepeda radiates the type of confidence only found in top-talent athletes.

“I believe this is going to be an interesting fight that everyone would want to see. Ricky is trying to make a comeback from his ACL injury and for me, I’m going to try to remain the top dog and stay undefeated. I definitely think it will be a great featured bout. I think my striking is one of the best in New Mexico. My boxing Coach Lupe Perez took me to Nationals twice, and competed at high leveled tournaments nation-wide. I would’ve had more but I did take a 2-year lay-off from my career. I could be wrong but I don’t think there’s an amateur fighter that has accomplished what I’ve done in amateur boxing.” – Javier Cepeda

Sure, Cepeda is on quite the hot-streak heading into this Fyweight tilt, but let’s not forget that Esquibel already displayed flashes of special talent prior to the two losses. Combine that with the fact Esquibel’s training, coaching, and teammates all tie into the “Super-gym” Jackson-Wink MMA, the gym of which was just awarded “Gym of the Year” at the Fighter’s Only MMA Awards.

It will be Esquibel’s technical prowess and top-talent pedigree against Cepeda’s fight-ending knockout power and ever evolving and improving crisp striking. Fireworks, anyone?

Fight fans? Sold yet? Go grab your tickets if you haven’t already to watch these hard-working athletes compete at the Jackson’s MMA Series on February 13th and continue to follow SWFight for more coverage during fight week.