Breaking down the JMMAS XVII Fight Card By The Numbers 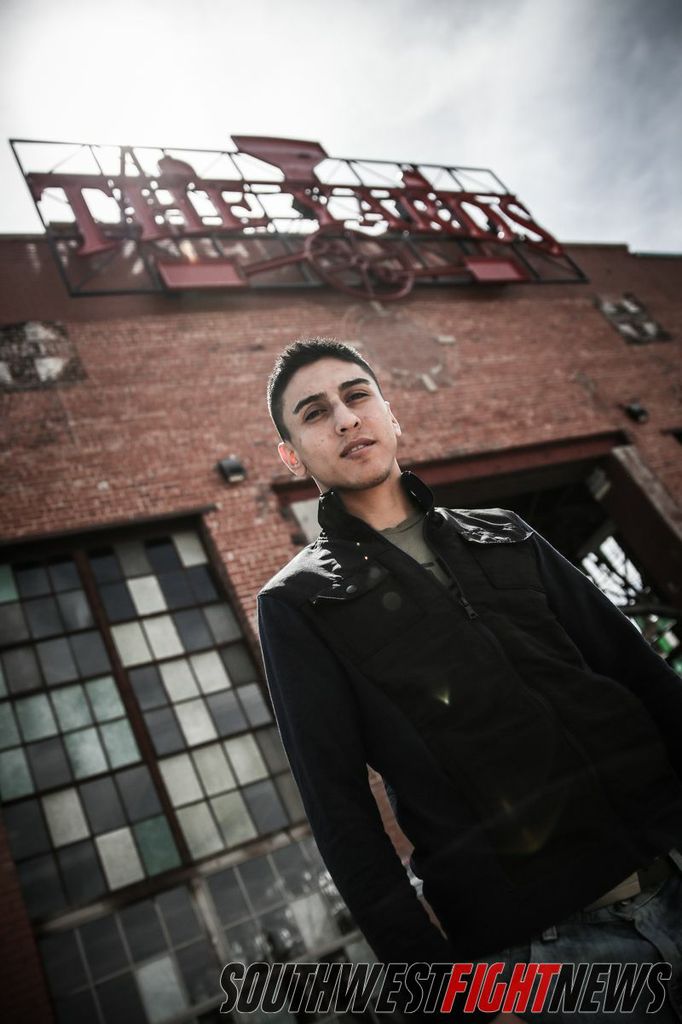 Fan favorite and experienced fighter, Ricky Esquibel will have a chance to start 2020 with a victory when he meets up with Josiah Reyes at LFA 80.

We only have a few hours left before the Jackson’s MMA Series XVII event kicks-off inside the Buffalo Thunder Resort & Casino. If you the fight card hasn’t sold you, with a main event featuring arguably the two best prospects in the entire State in the lighter weight classes, and you are looking for a few more reasons to attend the show – well we decided to use numbers to keep it simple.

Our verdict? Don’t miss this show.

2 – That’s the number of Luttrell/Yee MMA fighters in the professional portion of the fight card. Sure, the host gym has great representation throughout the fight card, but the expanding and highly-competitive Luttrell/Yee gym has a great opportunity to have two of their own in both featured bouts.

Natalie Roy, representing the host area of Santa Fe will co-headline the event being held at the Buffalo Thunder Resort & Casino.

13 – The amount of amateur MMA bouts between Javier Cepeda and Ricky Esquibel. This is a great match-up between two of New Mexico’s more notable and talented amateur fighters. Their experience indicates these guys may be a smart pick for “Fight of the Night”.

? – The number of fights that have fallen through for one reason or another for Natalie Roy, the true “local” on the featured listing representing Santa Fe. Roy has had a rough year or so dealing with numerous opportunities failing to materialized. I am sure this bout will lift a tremendous pressure off the shoulders of a talented fighter who has an entertaining fight style.

0:59 – Less than a minute. Just one second shy of 60-seconds. That’s all Hunter Tower needed in his last bout in October of 2015 when he notched the victory via submission in a dominant performance.

9 – The sizable discrepancy in the experience category between Jesse Tafoya (10 MMA bouts) and Marquis Smith (1 MMA bout). Tafoya is one of the most experienced active amateurs in the State and has improved seemingly in every showing throughout his 10-bouts. Still, Smith looked exceptional in his lone MMA bout and if that is just a glimpse into the talent of the slick-striking Smith, then I am sure this fight will be one of the more technical on the fight card.

9:01 – The amount of time headliner Jordan Espinosa quipped was a personal timed deadline to finish his opponent. The entertaining Espinosa is referencing the fight between fellow local fighter and now UFC standout Ray Borg and tonight’s opponent, Nick Urso. In what was one of the most significant bouts in our region’s history, Borg defeated Urso at the 4:01 mark of the second round, thus nine minutes and one second when adding the first round’s five minutes. Espinosa has been the most entertaining local on the fight scene in what seems like a very long time and wins and losses, trash-talking, and everything else aside – it has been fun and refreshing to get hyped up about this event and fight card.

18 – The unfortunate amount of time the fight scene has been without one of the area’s most popular and charismatic young amateur athletes. Ricky Esquibel has been on the mend since a knee-injury sidelined the talented fighter representing Jackson-Wink MMA. Esquibel didn’t pick an easy come-back fight but it’s a respectable endeavor to not stray from a tough match-up. Esquibel has all the talents to pick-up the win, look out for his crisp and precise striking acumen.

No stranger to imposing his will, Urso will look to do just that tonight against Jordan Espinosa

1 – The equal amounts of fight experience between the second WMMA bout on the card. Maybe not much on paper but don’t be fooled these two talented ladies have high-level pedigrees in their own right. White, the wife of UFC fighter Anthony Birchak assuredly enjoys training at a UFC-caliber level with high-level coaches and teammates. Ollis trains out of the host gym Jackson-Wink MMA, which as we all know, couldn’t come with a higher pedigree in the MMA world. Fans can fully expect to see some entertaining action when these two step into the cage.

109 – The seconds Slade Ring needed to strangle an opponent when featured on the amateur portion of a Legacy FC fight card in late-2014. No, seriously he strangled an opponent. Ring himself described it as an “Omoplata Choke”. Wait, isn’t an Omoplate an attack on the shoulder? Not for Ring, this guy is a grappling wizard and his offensive arsenal of grappling maneuvers is an exciting part of every fight card Ring has ever been on.

0:19 – Headliner Nick Urso once stopped an opponent in nineteen seconds. Yup. He touched his rival right on the button and it was all over. Urso may not have the reputation of a finisher but he has stoppage victories on his record (both KO/TKO and submission) and his decision victories are significant indicators of his endurance and durability inside the cage. A well-rounded fighter, Urso is always capable of a statement victory regardless of how the fight plays out.

Hope that helps! You don’t want to miss this line-up of talented amateur and professional athletes. 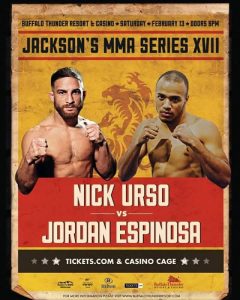