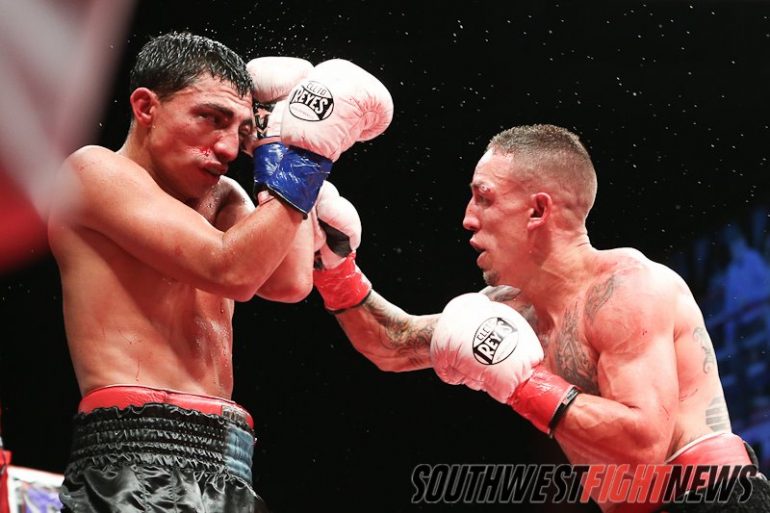 An extremely dry year for New Mexico boxing gets a much needed ounce of precipitation when Española’s Tony Valdez rematches Gilberto Mendoza at the Albuquerque Convention Center in the main event of Legacy Promotions’ fight card Duke City Throwdown. 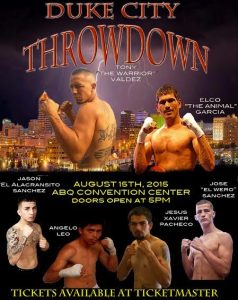 Their first fight, this past May, by all accounts was a very competitive match that ended in a draw.

The card which the men also played headliner for at the Camel Rock Casino three months ago had over 900 fans in attendance, an impressive number when you consider that Valdez’s former promoter Patrick Holmes, was hosting his own card at the same time just three miles north at Buffalo Thunder Resort and Casino.

Valdez affirms that the simultaneous cards were pure coincidence and in no way was a slight toward is former camp.

Saturday’s rematch against Mendoza (5-4-1, 1KO), will run unopposed by another boxing card that evening. It is a welcomed bill, desperately needed in the Albuquerque area, as just one other fight card has taken place in the city in 2015; the least amount of professional boxing matches seen in the area since 2001 when just one card took place that entire year.

The Duke City is also a place where Valdez has not fought since his epic rematch against ‘Hollewood’ Raymond Montes. It is a bout that many consider one of the greatest fights in New Mexico boxing history (It was also our first SWFight.com Fight of the Year).

“I don’t think Mendoza is ready for a war like that,” says Valdez. “I’m willing to die in there.”

That seemed to be case that evening against Montes back in December 2012 where each man landed titanic shots in a fight that hospitalized Montes for the better part of a week.

“When you’re in there with somebody that’s willing to go all out until they take you out in a stretcher, you’re in for it,” says the 33-year-old Valdez. “I’m not underestimating Mendoza but Hollewood was a whole different level of a fight.”

With an unheard of five draws in his 17-fight career, Valdez hopes a win Saturday night will get him back on track for another shot at a regional title.

Tickets to Duke City Throwdown are still on sale and can be purchased by clicking HERE. Prices online run $45-$65.