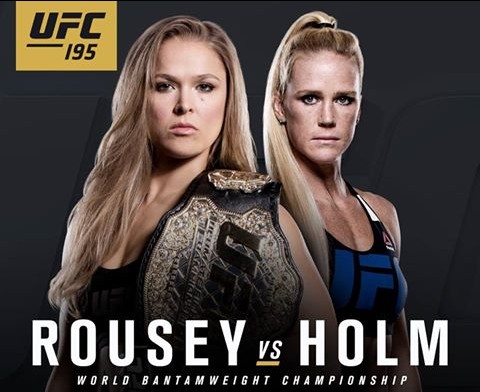 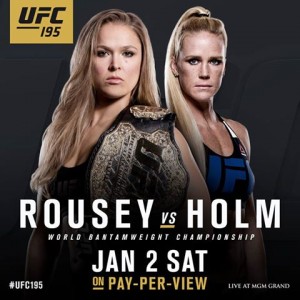 The bout comes as a surprise to many as in July, UFC President Dana White had confirmed that number one ranked bantamweight Miesha Tate would get the next shot at Rousey. No word as of yet as to why Tate has been passed over.

The 33-year-old Holm (9-0), a former decorated world boxing champion with a 33-2-3 record before retiring from the sport and moving full-time to mixed martial arts in 2014, is ranked number 9 on the UFC Bantamweight rankings; the lowest position for someone scheduled for a title fight in the division’s history.

“[Holm] was the Ring Magazine pound-for-pound female fighter of the year and definitely my biggest challenge to date so I’m super-excited about it,” Rousey said in her appearance on Good Morning America (video below).

The 28-year-old Rousey (12-0), is also undefeated in her MMA career and has seen an exponential rise in popularity due to her fan-friendly style (only one of her six UFC fights has gone past the first round) and her appearances in film and television.

The sportsbook BetOnline has already set odds to the contest with Holm coming in as a huge underdog at +825 while Rousey is listed as a -1250 favorite.

The bout is currently set to be the main event on the UFC 195 Pay-Per-View card.