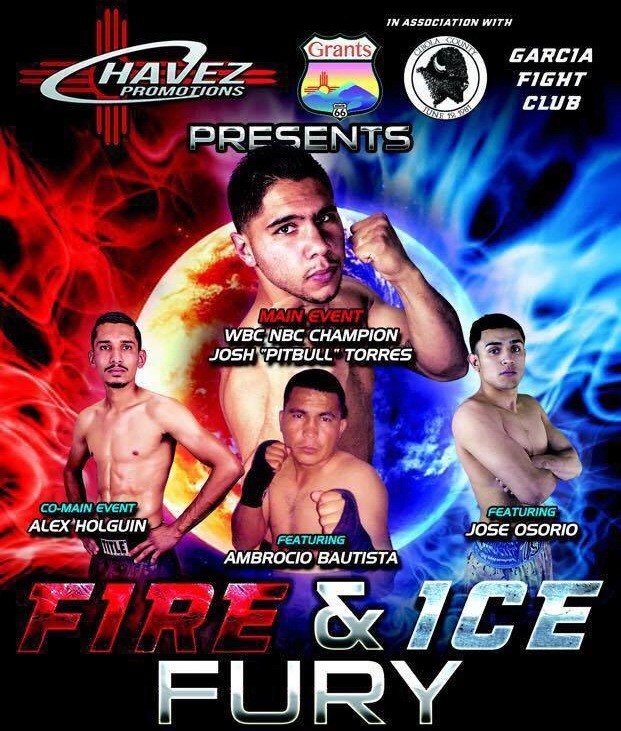 For the first time this century Grants, New Mexico will be hosting a boxing card when Chavez Promotions’ aptly titled  ‘Fire and Ice: Fury’ card at the Fire and Ice Park Center of Downtown on Saturday, August 1. 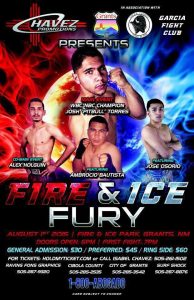 Despite Kreal’s record (7-7-2, 1KOs), he should not be overlooked. It is worth noting that five out of seven fighters the 23-year-old lost to, are still undefeated and are all considered prospects.

The rest of the card (seen below) features a slew of local talent.

Western New Mexico, make sure you go catch the action, it is not often combat sports cards invade your area. Check out the match-ups as well as weigh-in and fight night info.