Tim Means Gets No. 5 Ranked Welterweight Matt Brown for UFC 189 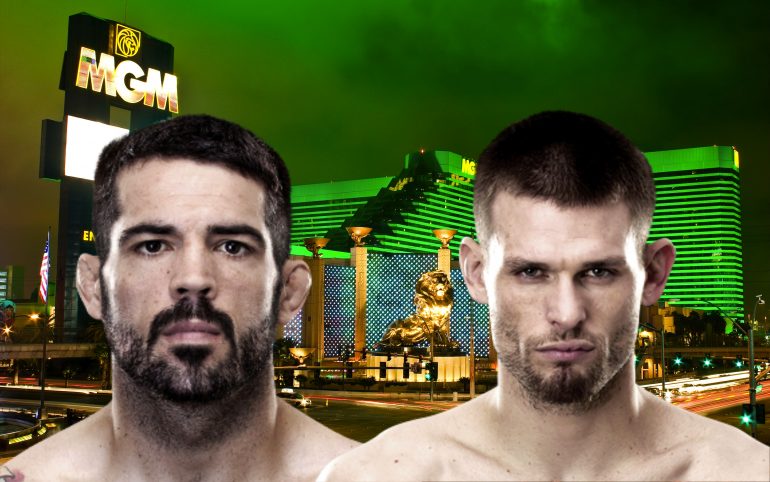 Before even leaving the Prudential Center after his third round arm-triangle victory over George Sullivan, Albuquerque-fighter Tim Means was offered the biggest fight of his career.

UFC matchmakers presented Means the opportunity to face the number five ranked welterweight, Matt Brown on the undercard of one of the most anticipated fights of the year, UFC 189: Jose Aldo vs. Conor McGregor on July 11 at the MGM Grand in Las Vegas, Nevada.

Brown (19-13), is looking to bounce back from consecutive losses to Robbie Lawler in 2014 and Johny Hendricks this past March. Means (24-6-1), who will be facing the first UFC ranked fighter of his career, looks to extend his winning-streak to five inside the UFC octagon and break in to the rankings himself.

Currently, it has not been determined what part of the broadcast the Brown vs. Means bout will be aired on. Taking Brown’s ranking into consideration, the bout is likely to air of the Fox Sports portion of the preliminaries.

Stay tuned to SWFight.com for more information, interviews and fight analysis as the fight approaches.