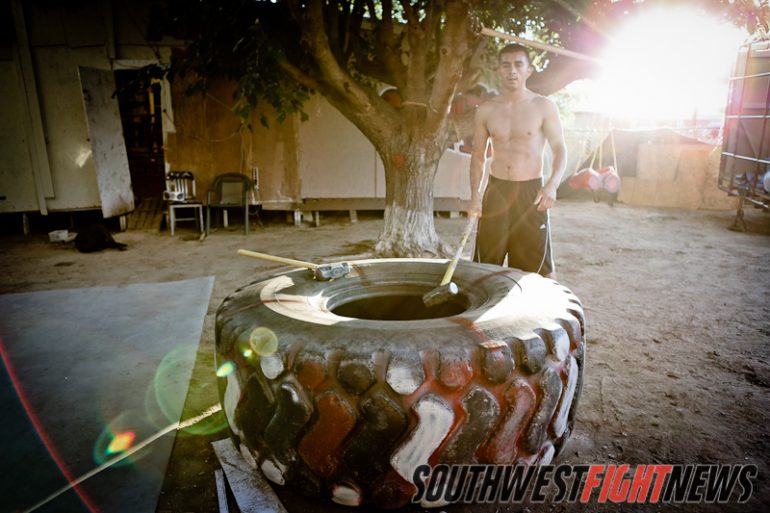 Today the New Mexico boxing community is grieving the loss of one of its own.

According to Bernalillo County Sheriff’s officials, the 25-year-old Sanchez, was traveling southbound on Coors when his vehicle crossed the center median and hit another vehicle.

He was pronounced dead at the scene.

Here is a report from Albuquerque ABC affiliate KOAT: REPORT

A driver was killed in an overnight rollover in Southwest Albuquerque. It happened just after midnight on Thursday on Coors Blvd. SW and Las Estancias Dr., south of Rio Bravo.

According to the Bernalillo County Sheriff’s Office, Alan Sanchez, 25, was traveling south on Coors when the car crossed the center median, crashed into a car traveling north on Coors, and rolled several times.

When deputies arrived, Sanchez was trapped in the car. He was pronounced dead.

The person in the second car suffered broken bones and is expected to recover.

Investigators said speed and alcohol are believed to be factors in the crash.

He was successful in his professional debut against Derrick Saenz Lopez in his hometown of Albuquerque in February of 2008.

Over the last three years injuries forced him out of several fights.

You could expect to see Sanchez in attendance at local fight cards accompanied by his two younger brothers Jose Luis and Jason, also professional boxers.

Along with his brothers and father and trainer Pepe, Sanchez helped form Sanchez Brothers Boxing.

He is survived by his 7-year-old daughter Giselle.

Our condolences go out to the Sanchez Family.

Tim Means Gets No. 5 Ranked Welterweight Matt Brown for UFC 189