Report: Carlos Condit vs. Thiago Alves Could be Headed to Brazil 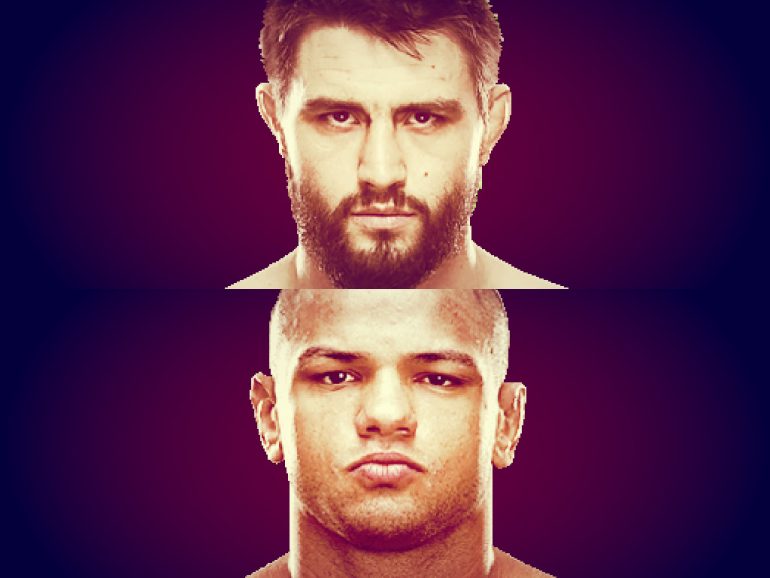 Several MMA news sources have indicated that Carlos Condit will face Thiago Alves on May 30th.

Why Carlos Condit vs. Thiago Alves Should Take Place in Albuquerque

This weekend, rumors of Carlos Condit’s return to the UFC cage have been flying around social media. Condit, per the rumors, is expected to face Brazil’s Thiago Alves on May 30th at UFC Fight Night 67. As of right now a venue has not been identified for the already scheduled UFC Fight Night date but according to a report from MMAJunkie, a potential Condit vs. Alves match is likely to take place in Brazil.

The bout will be the first for Condit since experiencing a devastating leg injury in a May 2014 loss at UFC 171 to Tryon Woodley. For Alves, the number 13 ranked UFC Welterweight who has only fought four times in the past four years, the bout provides him an opportunity to climb up rankings with a victory over the number 4 ranked Condit.

Many New Mexican MMA fans are still hopeful that the bout will be scheduled for a booking in Condit’s hometown of Albuquerque. Condit has not fought on his home turf since defending his WEC Welterweight championship title against Carlo Prater in 2008 at WEC 32 which took place at the Santa Ana Star Center in Rio Rancho, New Mexico. That event drew over 4,600 fans.

The last three UFC Fight Night to take place in Brazil have drawn less than 6,000 attendees. The first and only UFC event to ever take place in New Mexico last June did almost 9,000 at the Tingley Coliseum; a card that Condit was not on due to having recently fought and of course due to the injury.

Condit, the former interim UFC Welterweight champion and arguably the greatest mixed martial artist in New Mexico history, backed with a solid undercard should not have any issue in attracting 7,000+ fans if a fight were to take place in Albuquerque. A crowd of this size would be ideal for either the Tingley Coliseum or the Santa Ana Star Center.

UFC representatives confirmed at the June event that they were impressed by the Albuquerque fans and would make a return in the future to Duke City.

Potential Albuquerqueans that could accompany Condit on a May 30th UFC New Mexico card include UFC veterans: flyweights Ray Borg and Joby Sanchez, welterweight Tim Means, and recent UFC bantamweight debutante Holly Holm. All whom were victorious in their last UFC outings and are healthly enough to compete on a May 30th card.

Stay tuned to SWFight.com as more details over this potential fight continue to emerge.