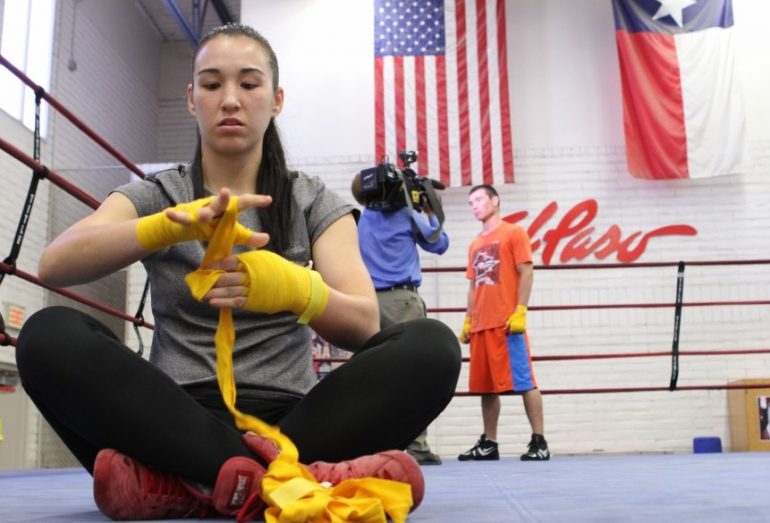 Joseph (12-2-1, 7KOs), a Ghanaian resident, has had 60% of her victories come by way of knockout. Her fight with Han will mark her second attempt at the IBF World Featherweight title. Last December she came up on short-end of a unanimous decision for the world title against Dahiana Santana.

The bout will mark the seventh time that Han (11-3-1) fights in the El Paso metropolitan area but her first world title fight of her career.

The press release quotes Escalante as saying, “April 18th will be a historic night for El Paso as only two El Pasoans have fought for a major world title and both attempts were unsuccessful. The future looks bright for El Paso fight fans as we anticipate to bring high-quality events that offer opportunities to regional fighters an entertaining fights to fight fans.”

In addition to the title bout, fans will see a loaded local card as in the co-main event Hector Camacho Jr. Mexico’s Arturo Mijares. Included on the undercard is former prospect Antonio Escalante of El Paso.

The card as of right now shapes up like this:

Report: Carlos Condit vs. Thiago Alves Could be Headed to Brazil