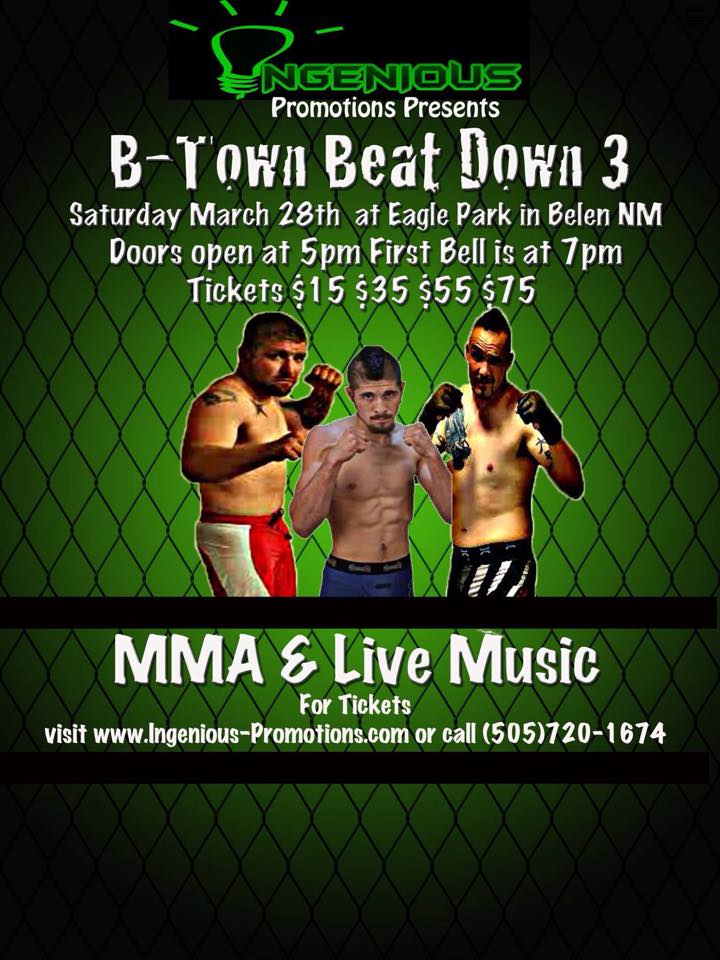 The March 28th B-Town Beat Down 3 card set for Eagle Park in Belen, New Mexico has an update to its main event.

Last week, Luttrell’s MMA’s Maurice Jackson left a void in the card’s main event as he will now instead use the upcoming weeks to prepare for the UFC TUF (The Ultimate Fighter) tryouts which take place April 27th in Las Vegas, Nevada.

Stepping in a little over two weeks notice to face Manuel Otero for Jackson will be Red Spider Jiu-Jitsu’s Randy McCarty.

The B-Town Beat Down 3 card, the first promoted by Ingenious Promotions, will also serve as a fundraiser for FASTNM.com an organization whose “goal is to assist students, families, and community programs in any way….”