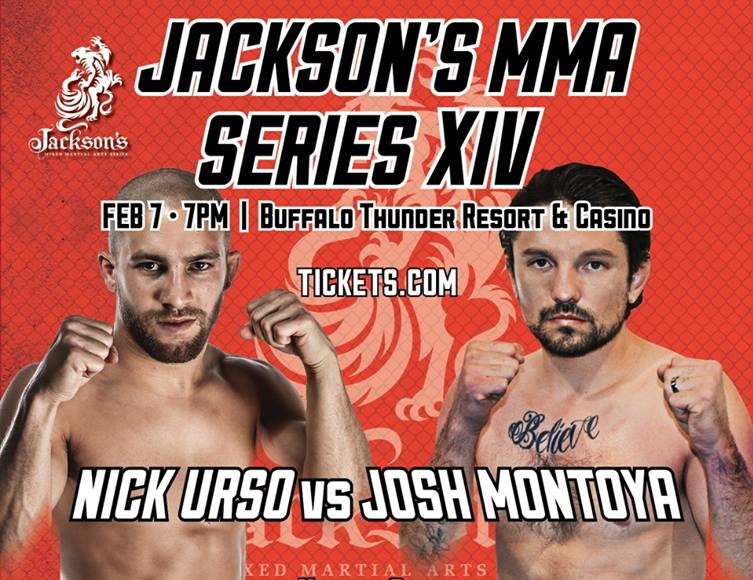 On Friday after the weigh-ins to Jackson’s MMA Series XIV mixed martial arts card will take place at 2pm at Club Shadeh inside Buffalo Thunder Resort and Casino. Media and fans are encouraged the weigh-ins. 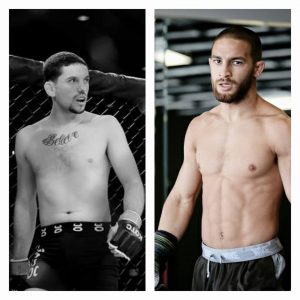 The card’s main event will feature a battle of flyweights when Santa Fe native Josh Montoya (11-8) of Luttrell’s MMA takes on Jackson’s MMA’s Nick Urso (7-2). Montoya returns to the cage after a 17-month layoff the longest of his career while Urso returns for the first time since his April 2014 loss to now UFC flyweight Ray Borg.

Tickets are still on sale and can be purchased at http://tickets.com. 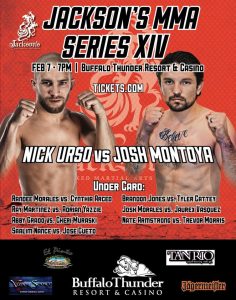