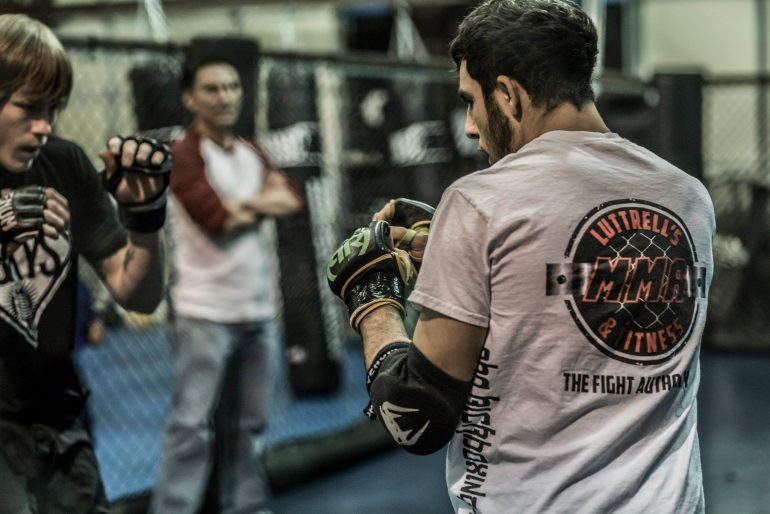 SWFight was well represented this past Saturday night at the McKernan Event Center in Albuquerque’s South Valley as we had one member of the staff working media cageside and another enjoying the festivities from the last row of the audience.

First, let me start with a very strong critique of the Elite Combat Series as well as the other promotions around town. The concept of media and the need for it needs to be reevaluated in the near future if the promoter desires to have success in their ticket sales and overall exposure and success. The blueprint for promoting a MMA show in New Mexico somewhere along the line went awry and it is a significant reason why ticket sales have declined over the last two years. For this specific event, SWFight wasn’t contacted until the event was but a couple of weeks away despite my personal outreach to the promotion months prior.

The unfortunate conclusion that stems from the lack of communication between promotion and media is that the fighters do not receive their fair shake at proper exposure. The job of a promoter is quite simple, to promote an event. That ideology has been ignored by many and it seems a forgotten art for a promoter to actually work to sell an event. A promoter is responsible for ticket sales and in the process of selling those tickets, a promoter must use the media as means of adding to the event’s exposure. A promoter promotes and the media compliments that promotion with coverage that will solidify a consumer’s decision to spend their money on the product. With a promoter and media working together, only a third aspect of a MMA show remains, the fighters, whose sole purpose is to entertain the crowd and ensure that they return to future events for the satisfaction of entertaining combat action.

The current landscape of the fight scene in New Mexico does not build upon that ideology. Instead, promoter’s use social media to replace most media and they contractually obligate fighters to sell their tickets with the incentive of a percentage of ticket sale money to be added to a fighter’s purse. It is a shame that a hard-working athlete preparing for hand-to-hand combat should be worried the week of a fight on selling tickets to make extra money instead of spending that time training for a better weight cut or to come better prepared for the fight to entertain the audience.

With that being said, there should have been more media coverage for this event but due to the lack of communication between promotion and media the ball was dropped by both ECS and SWFight. The worst part of it all was that the event was actually very exciting and the promotion seems to have great potential going forward. Now if only promoter’s will use media as a compliment to their own fight promotion maybe we can all contribute to selling out venues. (*Disclaimer: If anyone would like to challenge my theory of media playing a much larger role than some promoter’s (or coaches, or any figure in the fight community) give us credit for, I will happily share the ticket sales for any MMA/boxing show to take place in the last several years to compare events that received our media coverage with those that did not to see the difference in trends for ticket sales. Believe me, it is significant.)

With that being said, let’s get to the perspective from the last row in the audience at Elite Combat Series 1:

2014 in Review: New Mexico searches for a top draw to bring back the spark in local MMA