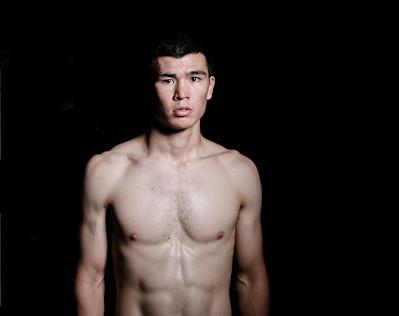 With a win over Sergio Mora, Abie Han will be the #2 ranked IBF Middleweight in the world. PHOTO: Will Fox

With IBF Middleweight Champion Jermain Taylor being forced to withdraw from his Feb. 6 fight due to his recent legal troubles, his opponent Sergio Mora was left without a foe for the main event of the ESPN2 “Friday Night Fights” card at Beau Rivage Resort & Casino in Biloxi, Miss.

On two-weeks’ notice in steps 2014 SWFight.com Fighter of the Year, Abraham “Abie” Han.

“We were called five different times to fight at different events over the last few weeks,” says Han’s trainer Louie Burke. “We’ve been ready so we’re not just going into this fight with only two weeks of training.”

The most important thing about this USBA 160-lb. title bout is that the winner has been rumored to likely move into the number two spot in the IBF World Middleweight rankings.

2014 in Review: New Mexico searches for a top draw to bring back the spark in local MMA

Abraham Han: I Have to Make a Statement Against Mora - Southwest Fight News