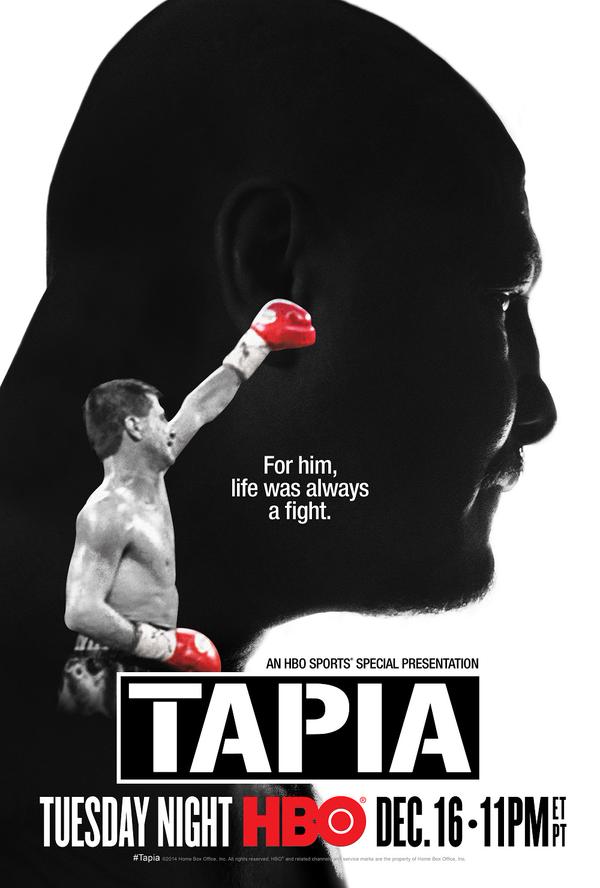 'TAPIA' takes a look into the life of Albuquerque's 5-time word champion, Johnny Tapia. The film was filmed primarily in Albuquerque, New Mexico.

Set your DVRs! Tonight is the world television premiere of Johnny Tapia’s biopic “Tapia” on HBO. The documentary provides a first-person narration by the late 5-time world boxing champion Tapia himself as he opens up about his tumultuous life and legendary boxing career months before his passing. The premiere is scheduled to air tonight at 9pmMT on HBO East and HBO Latino, and has a midnight MT showing scheduled for HBO West.

The film, directed Eddie Alcazar and executive produced by rapper and actor Curtis “50 Cent” Jackson and sports promoter, producer and entertainment executive Lou DiBella, made its world premiere on June 15, 2013 at the Los Angeles Film Festival to great reviews.

Assisting in the narration of HBO’s version of the film is actor Liev Schreiber. Boxing fans will mostly recognize Schreiber for being the narrating voice on the HBO reality television series 24/7.

For those with in the western United States with HBO West and without HBO East that are trying to get an early start on the documentary, it will be made available tonight on HBO GO at 11pmMT.