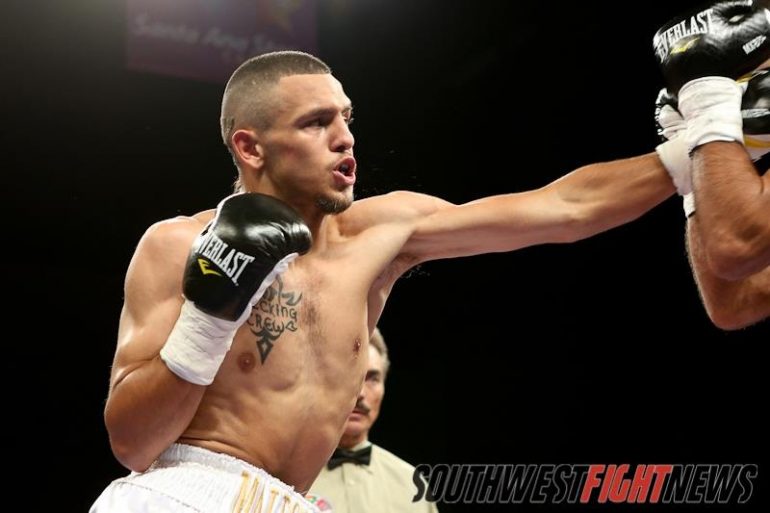 The light welterweight bout between Golden Boy Promotions’ Maldonado Jr. (19-2, 16KOs) and Don King Productions’ Imam (15-0, 13 KOs) is expected to be the first fight of the Showtime Sports telecast of the three-fight card which will feature a co-main event between Leo Santa Cruz and Jesus Ruiz.

After a “stay-busy” 2014 where he fought three middle-of-the-pack opponents and going 2-0 with 2KOs and one no contest, Maldonado Jr.’s bout with Imam adds a formidable undefeated opponent (Maldonado Jr.’s first since the third fight of his career) to his résumé.

The bout is expected to be Maldonado Jr. and Imam’s highest pay date. With both men setting their eye recently on a world title, the winner is likely to see their value skyrocket and potentially have them ranked in the top 15 of the light welterweight division by one of the major boxing organizations.