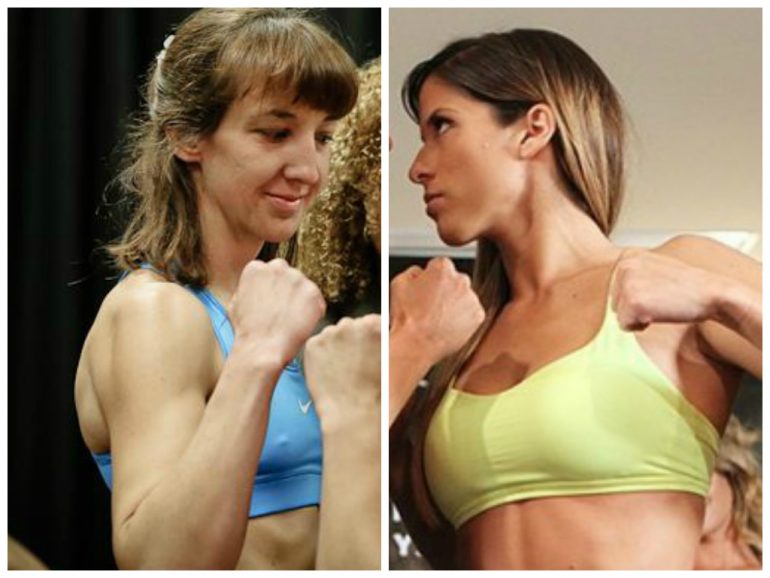 When Legacy FC 36 was announced during a press conference this past August, the fight card was stacked from top to bottom featuring local fighters and local match-ups. Upon release of the fight card, the event looked on paper as if it was one of the more outstanding fight cards New Mexico has had in 2014. The fight card like most fight cards would experience some shake-ups during the time leading up to the event; co-headliner Damacio Page would get a new opponent and Donald Sanchez and Michelle Nicolini would both have opponents officially announced. However, one other shake-up would affect the fight listing tremendously.

When Legacy FC 36 started up inside the Route 66 Casino on October 17th, fight fans still had an exciting fight card to satisfy their MMA needs and through knockouts and back-and-forth bouts, the event delivered on several fronts.

However it was the cancelling of a main card bout that removed arguably the event’s biggest local star as well as the opponent, one of the fastest rising prospects in our regional circuit. I don’t recall an official announcement of the cancellation but it was well-known come fight week that the fight was not happening.

But Angelica Chavez vs. Natalie Roy never happened, and it may have been doomed from the start.

When the fight was rumored and then finally announced at the August press conference both women had fights scheduled for later that month in August. It is a rare practice for fighters to be announced for two fights in such close proximity and in fact, most fight contracts prohibit fighters from taking another fight within 30-days. The practice is to avoid exactly what ended up happening in that the bout between Roy and Chavez never took place.

On September 20th, Chavez (4-3) stepped into the cage after two years of inactivity and was on the wrong end of a monumental upset as huge underdog Stephanie Skinner was able to lock in a fight ending armbar late (4:59) in the first round. The bout was contested in one of New Mexico’s smaller promotions, Combat Xtreme, and the show didn’t offer a marginal audience nor has any footage of the bout been released. Essentially, Chavez lost a fight for an obscure event against an opponent she was heavily favored to win and in defeat lost a tremendous amount of buzz being that the loss was her third in a row since winning her first four career bouts. 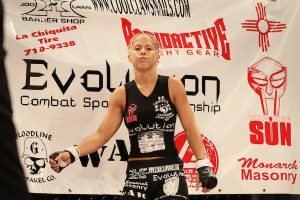 One week later, September 27th, Natalie Roy (2-1) stepped into the cage hot off of two consecutive knockout victories. One of those knockouts came in her cage debut against the much more experienced Nikki Lowe of the Jackson-Wink gym; Roy battered Lowe with knees from the clinch en route to a shocking upset that put her name on the radar amongst the WMMA ranks in New Mexico. Fate wouldn’t be on Roy’s side on this date however, as she ran into the formidable Nohime Dennison and walked out of the event that night with a unanimous decision loss. Once again, Roy fought for a small local promotion and the crowd in attendance wasn’t marginal in size.

The reason I bring up crowd size is for exposure purposes, and it is both positive and negative. First off, not many know how these fights played out outside of what they have heard from others who may have been in attendance or also heard from another source. Was Chavez winning the fight and succumbed to a flash armbar? Did Natalie out land strikes to the head of Dennison but eat more kicks over the course of three rounds? There aren’t stories to build on, and add that the fight against one another was more rewarding being that it would have been on AXS TV for a nationally recognized promotion, fighting for the smaller shows could almost be labeled in retrospect as “lose/lose” fights.

While wins would have built up the match-up even further as both ladies would have come to fight on the heels of a successful outing, the consequences far outweighed that desired outcome. Not only did the losses kill the buzz but even a victory could be disastrous if an injury was suffered and a medical suspension was handed out by the Athletic Commission. This is the major reason why it isn’t common for fighters to schedule bouts in the future while they have a fight lined up already.

While the exposure wasn’t of a high magnitude the argument could be made either way stating that the less exposure the better for a loss or that the lack of heavy exposure takes away from discussion and intrigue of the fighters.  To add, the victorious parties didn’t gain much steam as it could be argued that Legacy could have then ventured out and made a four-man tournament out of these two bouts and featured Dennison vs. Skinner in a fight that would then name a new fighter in the fray to keep an eye out for in the lower weight classes of WMMA.

With both Roy and Chavez both suffering setbacks just weeks prior to their scheduled Legacy bout it wasn’t at this point official that the two would not meet each other at the Route 66 Casino for the much-anticipated bout. Three days after the loss to Dennison, Roy was still pumping up the Legacy fight via social media and it wasn’t until October 15th, two days prior to the event that Roy announced that she wouldn’t be participating. The discussion as to whether the promotion and Roy knew about the cancellation previously is a topic for another day but regardless, fight fans of Legacy and Roy received official word from her with two days to go until fight time.

For fans of Chavez, things may have been clear weeks prior to the October 17th event date when Chavez’s social media was all about her hunting expedition that came to a conclusion with a photo of Chavez clutching the antlers of the elk she had scored. Clearly, Chavez wasn’t preparing for a fight against Roy a week later and reading through all the lines involved should have been the necessary indicator that the bout was off. There were also rumors that Chavez suffered an injury during her bout with Skinner.

Regardless, the fight never came to be which is unfortunate for the fight scene in New Mexico as the pairing was actually very good match-making on the part of Doris Robinson, Fresquez Productions, and Legacy FC.

The fight would have featured two very talented strikers from two much difference disciplines. Chavez has her strengths in Kajukembo while Roy sees her talents derive from the art of Muay Thai. Both fighters prefer the fight to stay standing and the pair are more than able to beat the other with their unique craft. However, it wasn’t just the style of the match-up that created the buzz for the bout.

Chavez was, and arguably still is the owner of the largest fan base outside of Holly Holm and possibly Adrian Cruz and Donald Sanchez in New Mexico. When Chavez fought for the MMA Fight Pit promotion her stardom was realized as most of the crowd in attendance roared as Chavez walked into the arena. One of the most well-known figures in the fight game, Chavez also previously fought for Invicta FC, the top promotion for women mixed martial artists.

Roy was the fastest rising name in WMMA prior the bout with Dennison and despite the setback, Roy was still regarded as one of the hot commodities in WMMA to keep an eye out for. Her brutality in the clinch that earned her two KO victories quickly gained notoriety and a fight against Chavez would have served as an opportunity to stamp her mark on the New Mexico regional circuit and earn her some attention from the Invicta FC promotion.

At one time the dream WMMA “superfight” was Amber Brown vs. Angelica Chavez back when Brown was 2-0 and Chavez 4-1. With Brown now making a name for herself on the national level, Chavez and Roy may still be the premier WMMA bout between two locals in our area. It isn’t rare that locals fight one another but it is rare when two locals paired together comes with immense significance. When Adrian Cruz fought Felipe Chavez the fight felt like it had big implications, the pairing of Ray Borg versus Angelo Sanchez and Nick Urso led Borg to the UFC, and most recently Jordan Espinosa picked up a win over previously undefeated Rafael “Barata” de Freitas at the Legacy FC 36 event.

The real loser in all of this is the fight fans who watched an awesome Legacy FC event that could have been even more epic if this fight would have happened and I know many will hope that the match-up will come back to fruition as the pairing would be guaranteed excitement inside the cage. Despite coming off of losses, a win over the other competitor would serve as a means of revitalization and get the winner back on track towards being one of the best WMMA competitor in New Mexico.

New Mexico needs buzz in the fight scene and Roy vs. Chavez would generate that buzz considerably. It is taking more and more these days to get fans to spend their hard earned money on MMA events and sometimes it takes a match-up of this magnitude to convince them to buy the ticket and attend the show.