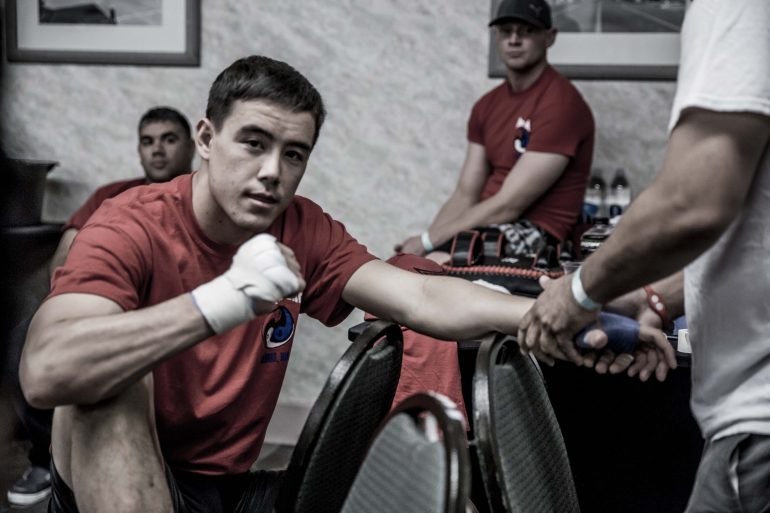 Usually these “day after” posts have a theme to start off the analysis but I cannot seem to put my finger on a central theme that outweighs the other significant themes emerging from the event. What I came up with is that King of the Cage may be the most community friendly show in town. The promotion is not only hospitable to local fighters from all-around New Mexico and surrounding states, but they treat their local media tremendous and they always seem to send the fight fans in attendance off entertained with their exciting fight cards.

I plan on going in-depth in the coming weeks as to why I believe the fight scene in New Mexico is failing but it is at no fault to King of the Cage. They provide an avenue for amateurs of all skill level to get experience beneath their belts and they also have fight-cards such as “Duke City” where beginning professional fighters have the chance to get their feet wet without having to jump into a shark tank too early on in their career.

King of the Cage is essentially a promotion where local fighters have the opportunity to really establish their careers and set a trajectory for themselves going forward. A perfect example of that is Ray Borg who fought as an amateur for King of the Cage and moved to the professional ranks where King of the Cage was able to propel him to the next levels. Now, as most know, Borg is a standout UFC Flyweight with a ceiling seemingly without limit.

That’s a wrap for our King of the Cage “Duke City” coverage! Follow us on Facebook for the complete event gallery to be posted this afternoon.