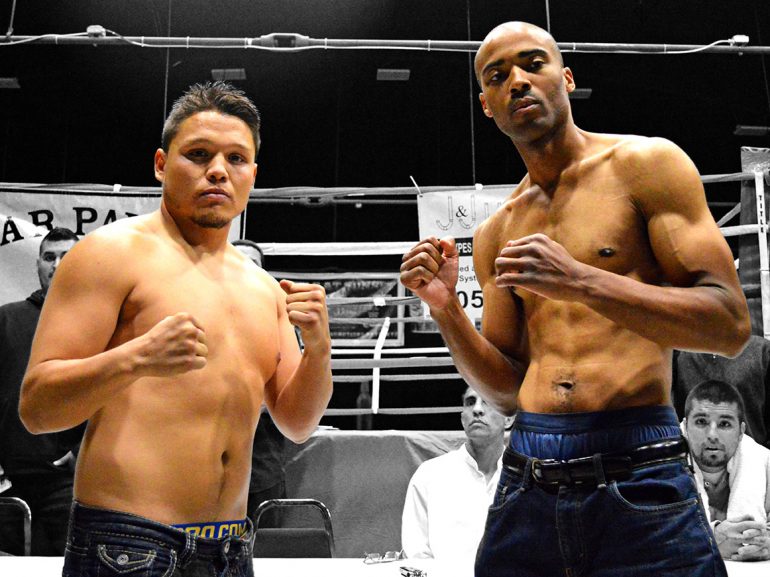 Two fights saw fighters miss the weight limits including the main event as Las Vegas, N.M.’s Arturo Crespin weighed in at 165lbs for his 162lbs +/-2 bout against undefeated Maurice Louishome who made the cut all the way down to 158.4lbs. 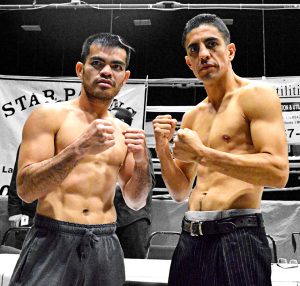 Both co-main event participants came well within their weight limit of 140 +/- 2lbs. as Filipino-Australian Ranee Huinda Ganoy and Albuquerque’s Shawn Gallegos came in at 140.8 and 140.6 respectively. Ganoy comes into this fight riding a career high 10 fight wins streak while Gallegos looks to bounce back from quickly from a unanimous decision loss to Cristian Cabral in October.

The fight card itself takes place at the McKernan Events Center in southwest Albuquerque on Saturday night. Doors open at 6pm, first fight set for 7pm.

Tickets run between $30-$75 and can be purchased on HoldMyTicket.com.

*Fighter did not make weight on initial attempt. No word on if the fighter weighed in again or decided to give up a percentage of purse. In Armendariz case, it is unlikely that he will be able to make the 128 +/-2lb weight limit.