The SWFight Review: The Smoke Settles After Legacy FC 36 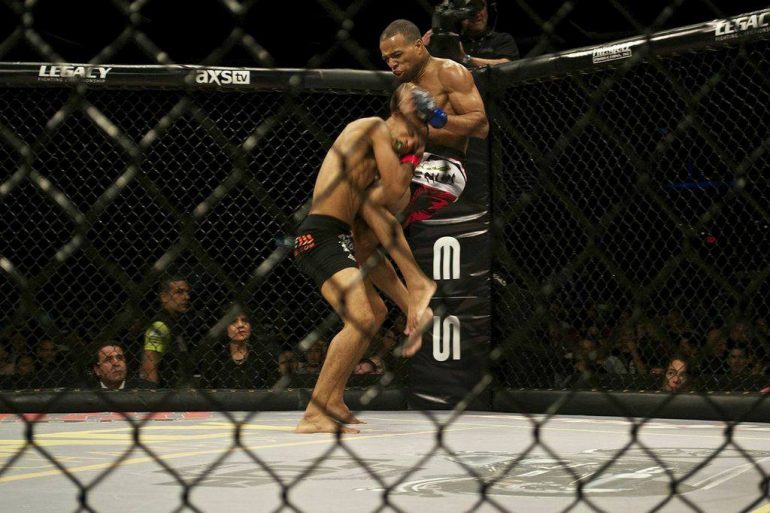 On Friday night the Texas-based Legacy FC promotion partnered up with Fresquez Productions for the second time to bring the Legacy brand to Albuquerque, New Mexico. The event was held at the Route 66 Casino & Hotel and was notable leading up to Friday night for being the first time Fresquez Productions would promote a show without newly signed UFC fighter, Holly Holm. It has been well-known for several years that Holm was the marquee star in our regional circuit and in terms of ticket sales was the top draw in the entire state dating back to her monumental run as a World Champion boxer.

Legacy FC 36 failed to capture the buzz from the local fight crowd as the Legends Theater was definitely not at capacity. Despite the fact that the show featured two title bouts and a very notable fighter in Damacio Page, the absence of Holm was definitely apparent in the event center. I don’t think official reports have surfaced discussing ticket sales but it appeared Friday night that it would be generous to say the arena was 50% filled to capacity.

It is not clear if Albuquerque remains in the plans for Legacy and since nobody truly knows the deal between Legacy and Fresquez, it is impossible at this point to know if fight fans should expect shows to keep coming to Route 66 and Albuquerque in general. Holm’s departure tells a story that New Mexico lacks a major draw and local star and going forward it will be interesting to see what the promotion does to get the buzz around their show in order to really move the needle on ticket sales.

Overall, the event was fantastic in terms of excitement value as outside of a few slow moments in the Center/Nicolini fight, each fight delivered a different type of excitement. I haven’t had a chance to watch the event on video to find out if that excitement translated to the TV audience but I would like to believe Legacy FC 36 entertained those who tuned in.