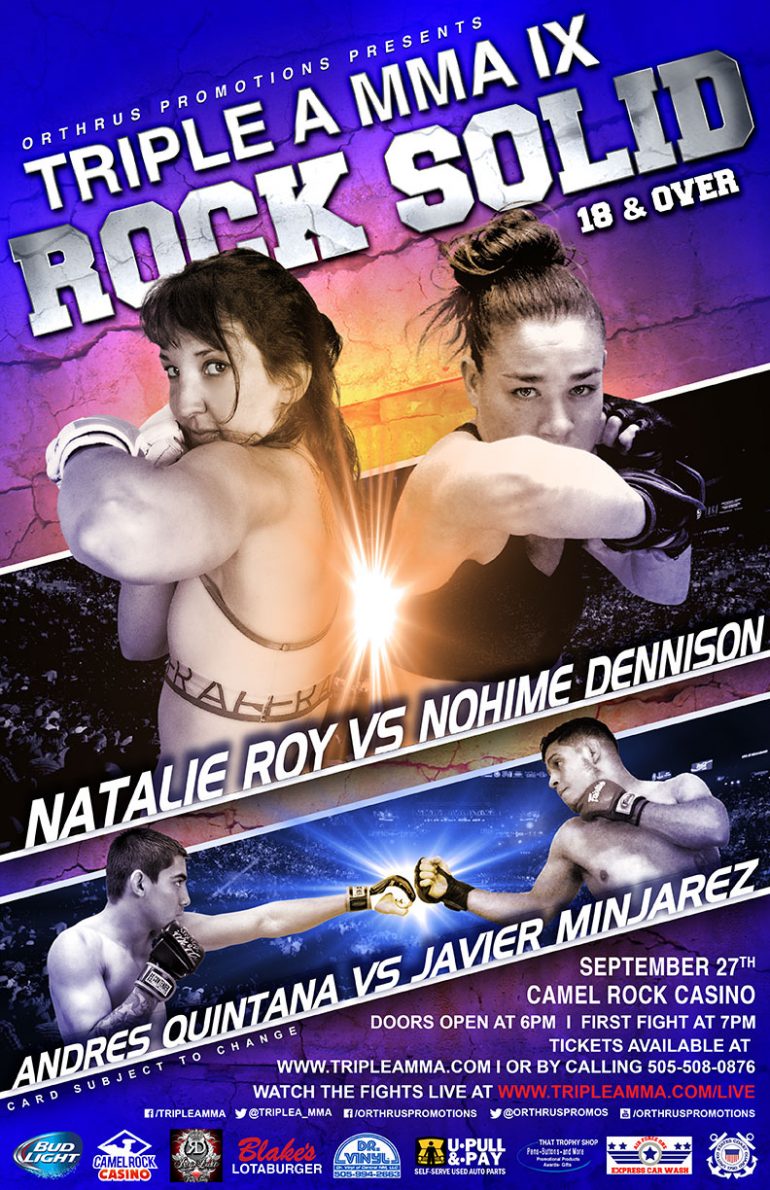 The two were originally scheduled to square-off in June’s Triple A MMA VII: Rock-Stars event but after a TKO boxing loss in May, the New York State Athletic Commission issued a medical suspension on Dennisson, forcing the bout to be postponed.

Roy, who is also schedule to face Angelica Chavez in next month’s Legacy FC card, will look to continue her TKO streak against Dennisson who will be in her first MMA bout in three years.

In the co-main event of the evening Andres Quintana (7-1) will be facing Ed Tomaselli (2-8). Sherdog.com shows Javier Minjarez (3-1) as the scheduled opponent for Quintana, but promoters have confirmed Tomaselli as his opponent.

Tomaselli will be seeking his first victory since 2004 while Quintana looks to stretch his winning streak to eight straight bouts.

Also on the card are the always entertaining Russell Wilson and Jerome Rivera in respective bouts at 135lbs. and 155lbs.