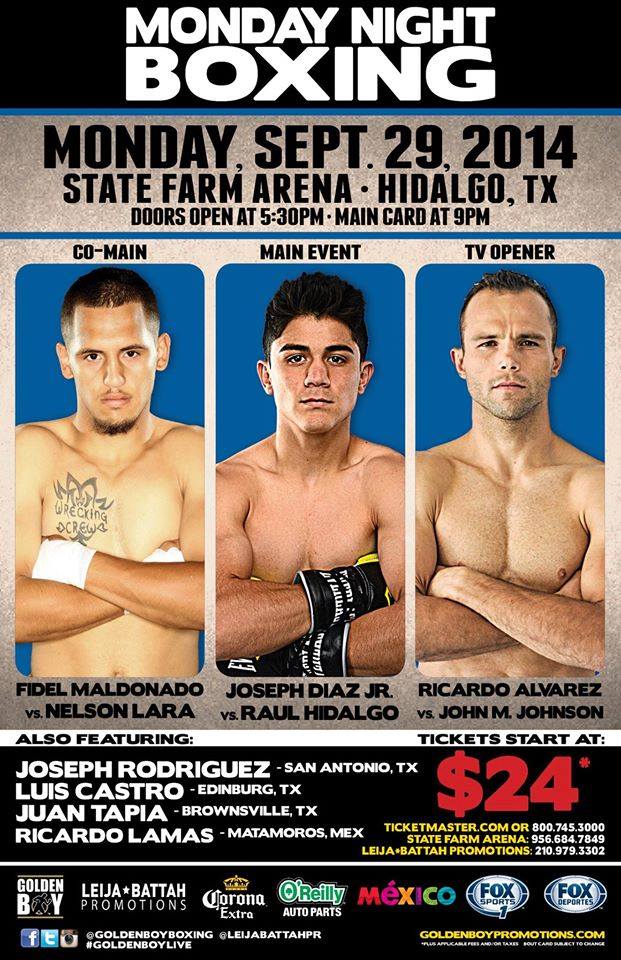 After having a killer 2013, going 3-0 all three wins by TKO, Albuquerque’s Fidel Maldonado Jr. has only fought once in 2014. That will change Monday night as Maldonado is scheduled for the co-main event on Golden Boy Promotions’ “Monday Night Boxing” card which will be nationally broadcasted on Fox Sports 1.

Facing Maldonado on the card will be Nicaragua’s Nelson Lara who is winless in his last six bouts since 2008. The bout will mark the first time that Lara fights in the United States.

Maldonado will be searching for his sixth straight win by stoppage.

The following is the full fight card that will take place at State Farm Arena in Hidalgo, Texas. It is likely that only 4 fights will make it on air.