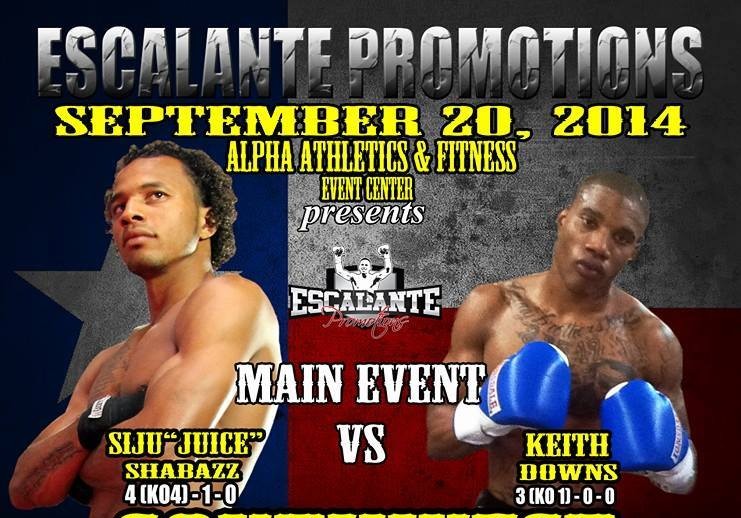 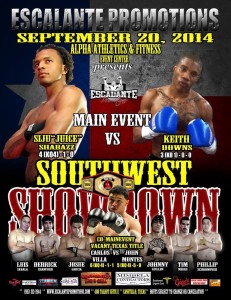 Downs made his professional debut in March. This past May, he took a fight on three days notice against 25 fight veteran Raul Casarez and stopped in him in the first round.

Downs’ three professional opponents have a career record of 25-6 while Shabazz’s opponents combined for a 16-12-1 record.

The co-main event pins Carlos Villa (6-1-1, 4KOs) vs John Montes (5-5, 4KOs) at lightweight. The victor will be awarded the vacant Lightweight Texas Title.