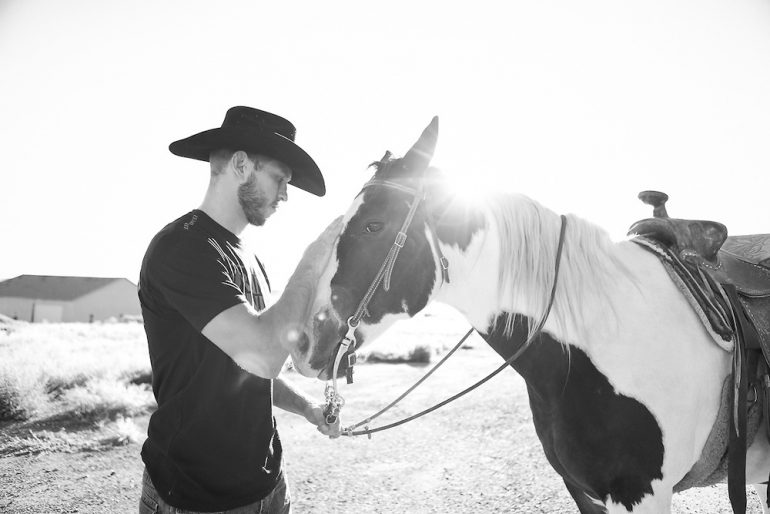 The UFC “Hype Machine” is a strong force and is responsible for the huge strides the company has made in terms of popularity over the years. Amongst the tasks required, the machine must take fights lacking intrigue or a marketable storyline and create a buzz for fight fans to clamor over in order to sell the fight as a something the fight fan must tune in to watch. However, every now and again, the machine can take a break as match-ups come up from time to time that hardly need any promotion to entice fight fans because the fight involves a pairing that comes with guaranteed excitement.

One of those fights is happening this Saturday at the UFC 178 pay-per-view event being held inside the MGM Grand Garden Arena in Las Vegas, Nevada and it involves one of New Mexico’s most successful mixed martial artists from one of New Mexico’s premier MMA gyms.

After former Bantamweight Champion Dominick Cruz makes his return to the cage, Cat Zingano fights for her #1 contender status in the Women’s Bantamweight division, Tim Kennedy and Yoel Romero fight for the right to become the next top Middleweight contender, and Conor McGregor gets his chance to become the next superstar of MMA, a co-main event bout will still bring more entertainment than the aforementioned match-ups and storylines.

Jackson-Winkeljohn fighter Donald “Cowboy” Cerrone will fight newly signed UFC Lightweight Eddie Alvarez in what is definitely one of the most anticipated match-ups of 2014.

Recipient of FOURTEEN post-fight awards including ten in the UFC alone, Cerrone is hands down one of MMA’s most exciting fighters. With eight “Fight of the Night”, three “Knockout of the Night”, two “Submission of the Night”, and two “Performance of the Night” awards, Cerrone can claim to be Mr. Guaranteed Excitement. A title challenger in the WEC and top contender in the UFC, Cerrone has such notable fighters as Jim Miller, Edson Barboza, Dennis Siver, and Melvin Guillard.

The UFC’s highest profile acquisition of the last couple of years, Eddie Alvarez comes into the UFC as the Bellator MMA Lightweight Champion and will carry the lineal title through promotional lines as he joins the shark tank that is the UFC Lightweight division in pursuit of the prestigious UFC Title. Eddie Alvarez is no stranger to excitement himself as the Blackzillian trained top-ranked Lightweight can stake claim to three “Fight of the Year” accolades for his fights with Joachim Hansen, Tatsuya Kawajiri, and Michael Chandler.

The 2011 fight with Michael Chandler is considered one of the absolute classic fights in the history of MMA and Alvarez had another classic with Chandler in late-2103 that was yet another Alvarez fight that was considered one of the best fights of the entire year regardless of fight promotion. The knockout and finishing machine is reputable for knocking people unconscious and engaging in entertaining striking battles inside the cage.

The exact same reputation that Cerrone is known for as well. Donald Cerrone has stood toe-to-toe with some of MMA’s premier strikers in the 155-pound and 145-pound divisions; he has earned the reputation of a polished kickboxer with slick movement and accurate strikes. Alvarez is known for a boxing style with explosive straight punches and fluid footwork.

Bring on the fireworks!

Many argue that Alvarez has a style of striking that plays into the strengths of Cerrone who is proficient with angles and hitting guys who walk straight forward. Others counter that Cerrone’s tendency to start off very slow plays into the pace of Alvarez who is dangerous from the opening to ending bell. The fight will definitely be a spectacle as the discussions arguing the case for either fighter has dozens of points and counter points.

The co-main event will have huge implications on the line as Cerrone and Alvarez will fight to become one of the top contenders at Lightweight. For Cerrone, a win gives “Cowboy” the marquee victory he needs to get over the proverbial hump he has been unable to tread over and for Alvarez, a win over Cerrone in his UFC debut propels him into immediate contender status and a fresh name for the UFC to begin grooming for a title shot.

This is the definition of “must-see”. It all goes down Saturday night on pay-per-view which is set to start at 8:00 pm mountain time and will be capped off with the UFC Flyweight bout between Champion Demetrious “Might Mouse” Johnson and challenger Chris Cariaso. Don’t miss out fight fans as this fight card is one of the most talent stacked cards of 2014 as it features Johnson, Cerrone, Alvarez, McGregor, Dustin Poirier, Kenney, Romero, Zingano, Cruz, Jorge Masvidal, and Patrick Cote.