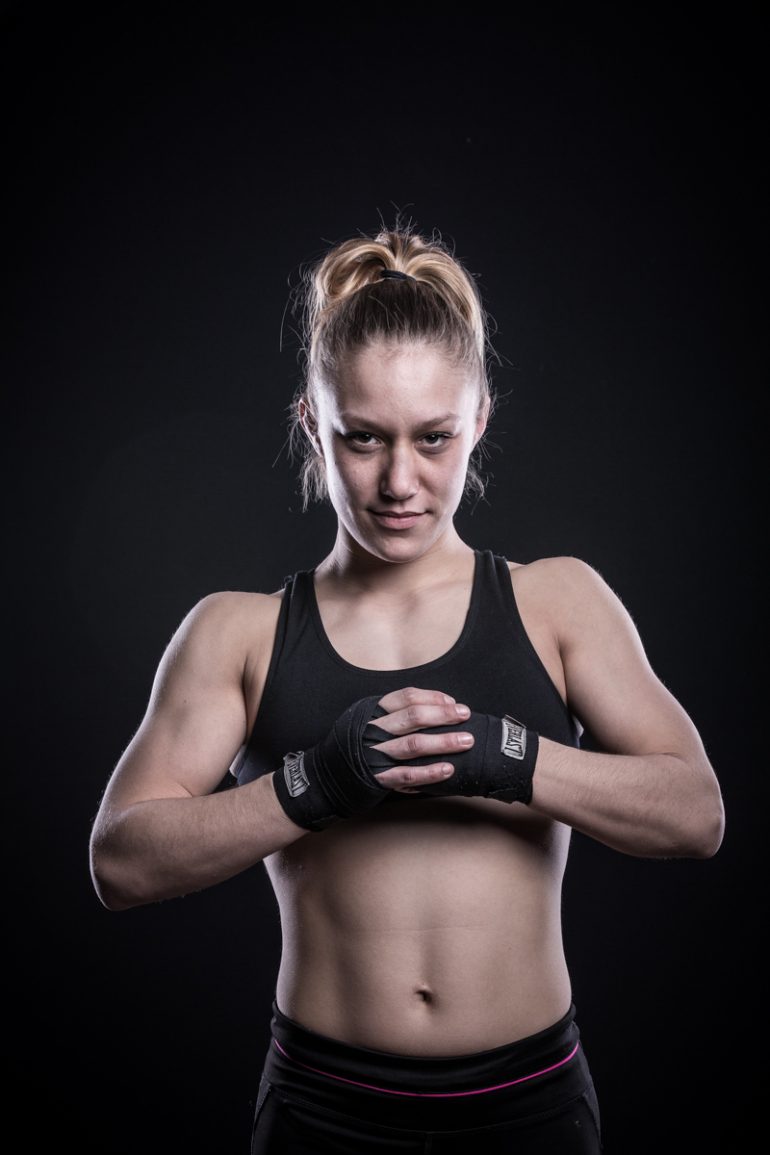 It has been far too long since Amber “The Bully” Brown (4-1) has been in mixed martial arts action. The SWFight “Upset of the Year” recipient in 2013, Brown hasn’t seen cage time since defeating highly touted Kikuyo Ishikawa via submission in a Pancrase event held in Japan. While the victory earned Brown a spot in many top-10 rankings, Brown hasn’t seen action since which has now spanned nearly 14-months. Making her Invicta FC debut, Brown has a chance to solidify her ranking and climb the divisional ladder towards a title shot.

Invicta FC announced the entire lineup for their 9th event today and the fight card is headlined by a Flyweight Title fight between Champion Barb Honchak and challenger Takayo Hashi.

FIT NHB’s Brown draws the very tough Liz McCarthy (2-1); “Lightning” is a two-fight Invicta FC veteran who has an extensive amateur record. The bout will pair two young fighters with loads of potential against one another in a fight that will start to shape the division’s up-and-coming contenders.

McCarthy’s lone loss came via a split decision loss to Jodie Esquibel who will also be featured on the card against Nicdali Rivera-Calanoc. The Jackson’s MMA fighter is coming off a controversial judge’s decision at Invicta FC 8 where she picked up the win over Jinh Yu Frey.

Both Esquibel and Brown are 105-pound Atomweight fighters with similar records. If Invicta FC should decide to take their successful show on the road and make a stop in one of the most iconic areas for WMMA and women fighters, Albuquerque, a showdown between the two ladies would be one of great hype and intrigue for the area. Even if the event wasn’t to take place in the region, should Brown and Esquibel both find success at Invicta FC 9 it would inch them closer to a collision course as they make their progression up the ranks of the Atomweight Division.

Invicta FC 9 will take place on UFC Fight Pass, the UFC’s digital network and will air live on November 1st. Make sure to tune in for “The Bully’s” highly anticipated return to action as well as a slew of awesome WMMA match-ups!